0 Scottish photographer tees it up down under 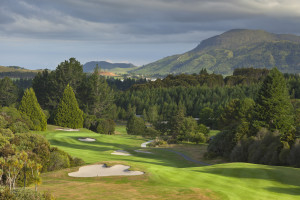 The recently formed Golf Tourism New Zealand (GTNZ) group has announced the completion of an exciting photography project that has incorporated some of the country's best golf offerings including the host of this year's New Zealand Open. Award-winning golf photographer Mark Alexander was commissioned by members of the group to shoot some of New Zealand's top golf courses including The Hills.

The assignment saw the Scottish photographer take in some of the finest tracks on both the North and South islands including New Zealand's most established layouts. Shooting in December, Alexander visited four clubs including The Hills Golf Club outside of Queenstown; host to this year's New Zealand Open, and Paraparaumu Beach Golf Club which is widely regarded as one of the best links courses in the southern hemisphere. The stunning inland courses of Wairakei and Manawatu were also captured by the photographer who is based at the Home of Golf. Ryan Brandeburg, executive director of GTNZ, was delighted Alexander could make the trip: "Part of our new golf initiative is to improve print and digital media," he said. "The chance to offer the services of an internationally renowned photographer like Mark was a great opportunity. When we spoke to the golf courses, everyone saw the benefit of engaging Mark. With our location in the South Pacific, the frequency of a visiting golf photographer of Mark's caliber is rare."

He continued: "Golf courses are living, breathing assets that constantly change. We jumped at the chance to utilise Mark's skills to capture some of New Zealand's best golf courses in the peak of our summer."

The commissioned shoots produced an extensive portfolio of landscape, portrait and panoramic images. Leo Barber, general manager of Paraparaumu Beach Golf Club, said he was thrilled with the results. "Mark has built up a reputation as one of the world's leading golf course photographers and his work with links courses in particular impressed us, so we were delighted to have the opportunity to host Mark and have his lens bring our course alive with some superb photography."

The resulting images will be used by participating clubs to boost their marketing and promotional efforts both within New Zealand and internationally. Between 2008 and 2012, no fewer than 280,000 golf tourists visited New Zealand, but as Alexander noted, New Zealand isn't a regular stop-off for travelling golfers - yet. 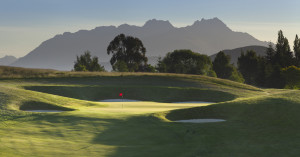 "Photographing these beautiful golf courses was a great privilege," he said. "I had never been to New Zealand before but the landscape, scenery and fantastic courses made for a memorable trip. It was extremely busy, but I fell in love with the place. Like Scotland, there is something for everyone and I am thrilled the courses that took part in the project are pleased with the final results. I hope my images attract golfers to play these internationally recognised courses as well as experience the best golf New Zealand has to offer."

Manawatu Golf Club, New Zealand's oldest golf course, also commissioned Alexander. "When we looked through Mark's previous work, we were really excited about having him photograph our course," said Michael Williams, Manawatu's general manager. "The photographs we have received didn't disappoint and will be really helpful when we refresh our website and promote our club as a place to play for visitors."

Wairakei Golf & Sanctuary, located close to Lake Taupo, is also benefiting from Alexander's photography. David Park, operations manager at the unique golf venue, says Alexander has produced a set of images that capture the essence of Wairakei. "We are extremely happy with the images Mark has supplied. He has taken shots from different angles and with different lighting from other photographers that we have used before. We found Mark easy to work with and very professional in everything he did for us."

Alexander, who is based in Fife but travels the world photographing golf courses, continues to be in high demand. Last year he became the first commissioned photographer to photograph Prestwick in its 162-year history and produced a set of three consecutive sell-out calendars for the St Andrews Links Trust, culminating in the 2015 special Open Championship edition. He is planning a return visit to New Zealand to carry out more work.