0 Scratch up the thatch

Here is the latest blog from nomadgroundsman.com, a monthly blog offered by Brian Sandalls at Preston Nomads CC in Sussex. This month's edition looks at scarification with the help of Andy Mackay, Head Groundsman at Sussex County Cricket Club in Hove.

Andy is one of the most highly respected in the business and he will be sharing his dos and don'ts on scarification prior to renovations. 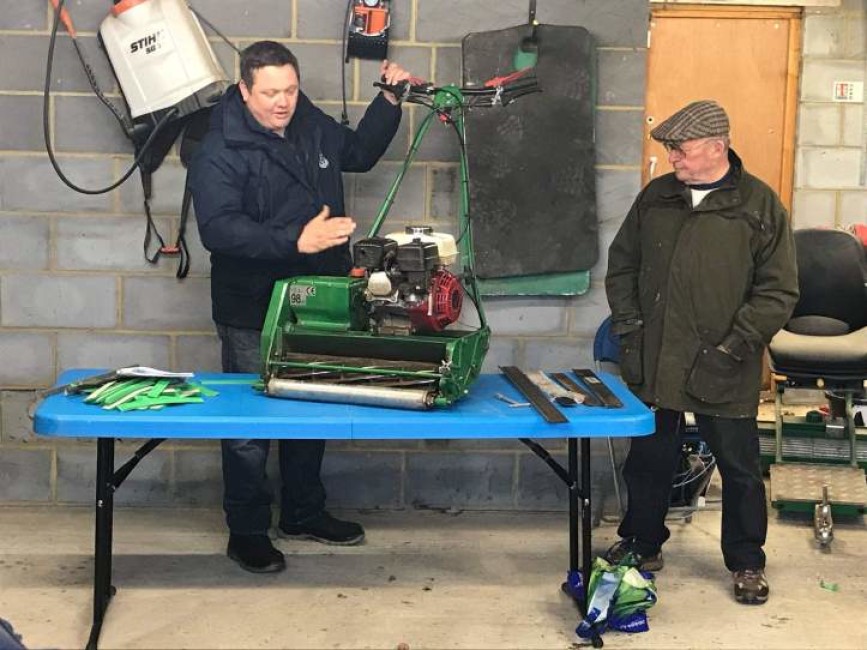 Andy Mackay (left) during a training day on behalf of the Sussex Association of Cricket Groundsmen, where he is a pitch advisor

Andy, what is thatch?

Thatch accumulates when the production of organic matter is faster than the rate at which it decomposes.

Thatch is a tight, intermingled layer of living and (mainly) dead stems, leaves and roots that accumulate between the layer actively growing grass and the soil underneath.

Some grasses cause more thatch than others; annual meadow grass (Poa annua) is usually the number one culprit in cricket.

Unfortunately, on a square, there is a conflict between the needs of the game and good turf management since the heavy, compacted soil does not encourage thatch decomposition.

Why is thatch a problem on a cricket square?

Thatch is the number one contributor to slow and low wickets up and down the country. However, it is easy to control if the right techniques are applied.

It deadens/reduces bounce and pace.

It presents a soft and spongy surface, which the ball can tear.

It promotes weed grass such as Annual Meadow Grass.

Turf is more prone to pest invasion, such as leatherjackets, and also disease.

Whilst some thatch may be desirable in other sports, there should be no thatch on a cricket square.

How do we know if we have thatch present and how much thatch is acceptable on a cricket square?

There are various ways of checking, such as the use of corers, but if you have a knife take a triangle section of turf from the edge of a wicket (not on the ends) and measure the thatch later with a ruler.

Any thatch on a cricket square needs to be mechanically removed and is undesirable. 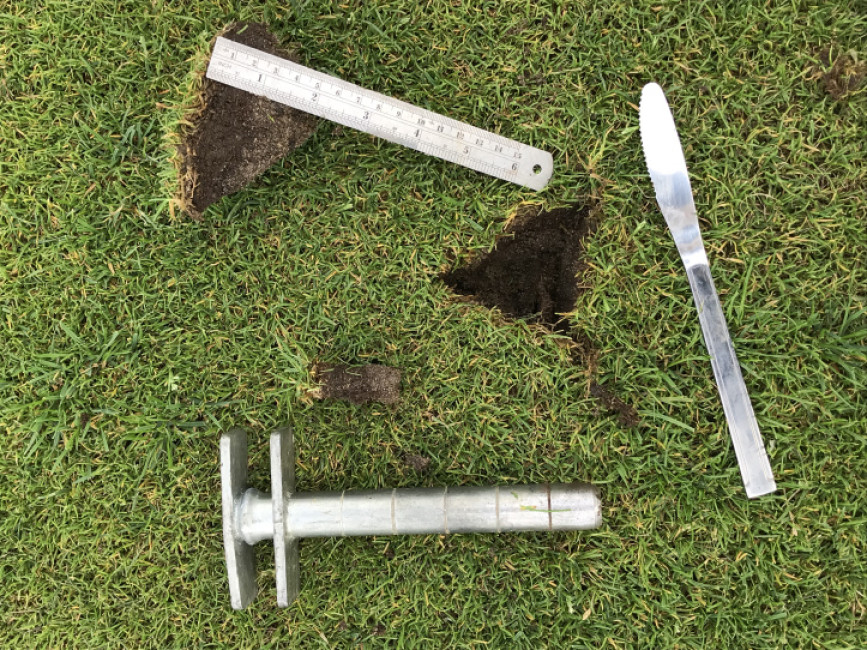 Picture above: assessing the depth of thatch with the use of a knife or purpose made mini soil profiler.

What is scarification and when is this to be done?

Scarification is a process best described as mechanical raking and is usually only carried out during end of season renovations.

A scarifier uses a series of sharp blades that rotate at high speed and cut into the turf in a vertical motion.

What's the difference between scarification and verticutting?

Scarification blades are thicker and stronger - 2/3mm width - and impact the soil surface.

Verticutting is an in-season operation using much thinner, closer centred blades that are used to thin out/stand up the grass prior to mowing and does not impact the soil surface. Verticutting, if done regularly, will create a thicker, more upright grass cover with less room for weeds, moss and weed grasses. 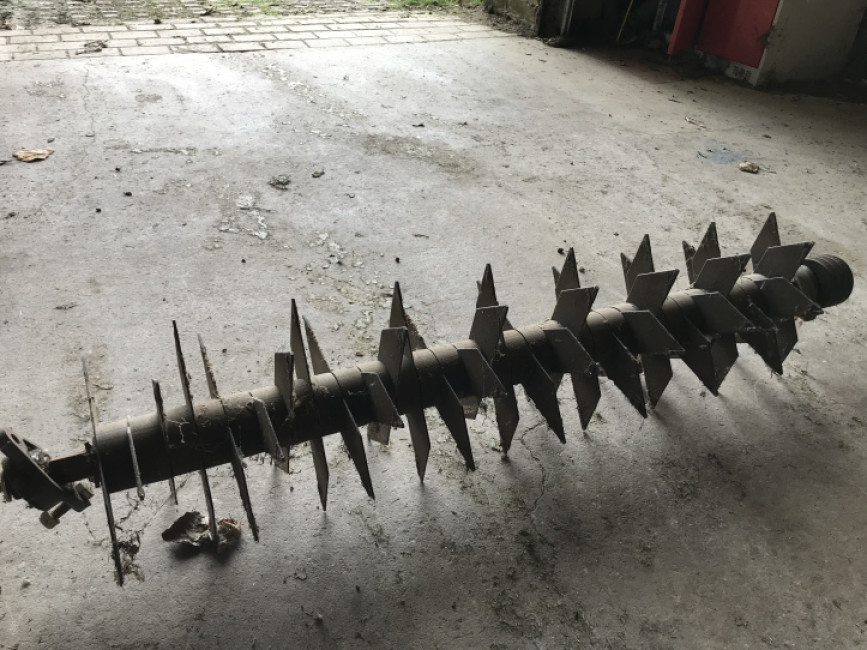 Prior to scarification, verticutting of any wickets which are thickly grassed can help the process.

Never scarify at right angles to the last pass, as this can pull blocks up and severely disrupt the surface. As a rule of thumb, always work within an imaginary acute angle.

Work to below the identified thatch layer.

If no thatch is present, then scarification will still need to take place to remove any dead grass in the top of the surface, as well as prune roots and remove weak plants. As a rough guide; 3 direction as a minimum: first pass or two at a shallow depth of 2 to 3mm and the last direction or two at a deeper depth of around 5-10mm to create a channel for seed. Although I never prescribe a set number of passes - 3 may be enough, 7 may not be.

Brush/clean up between passes and reduce the height of cut to 4 to 5mm prior to topdressing, aiming to leave a clean surface so that unwanted organic matter is not buried by topdressing.

If your scarifier doesn't collect, then you can use a mechanical brush/leaf blower or even mow the debris up.

What machine is suitable for end of season scarification?

The machine's working capabilities are based on power and soil moisture. The machine will prefer some moisture in the profile. So, a day or two before scarification, get the square cut down to 3/5mm and give it a good soaking; it will make for a less dusty job and take the strain off the scarifier.

The deeper the thatch the more powerful the machine needs to be. Heavy duty machines such as the Sisis 600HD and the Graden (which doesn't collect) make the process much quicker, and both are capable of penetrating deeper into the soil. Lighter duty machines, such as the old Sisis Rotorake Mark 3 and 4, may struggle to get very deep in the soil and will need using at much slower speeds and in damper conditions where deeper scarification is required. 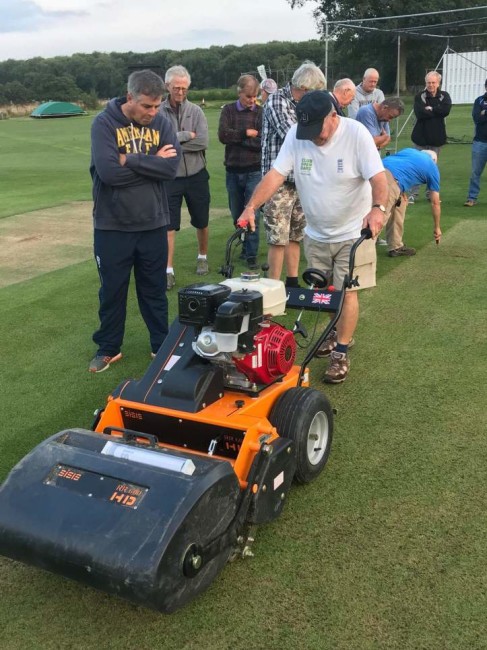 What are the options regarding the hire or loan of a scarifier?

Most of the County Association of Cricket Groundsmen have machines for use at much below hire cost prices, speak to your cricket board or pitch advisor.

Contractors will scarify for you, if time and experience isn't on your side.

Purchasing your own machine is the best option since you can use it when you want and take as long as you need to scarify, but having a verticut reel and perhaps also a brush reel as well as a scarifying reel will mean that the machine is used year round rather than only once a year.

Hire from a reputable company.

How do you prevent thatch?

Do mow regularly and box off!

Do brush up wickets after game, by hand or with a machine with a brush attachment if you have one.

Do seed with Perennial Ryegrass!

Remember, be BOLD. You can kill a square with kindness, especially by not scarifying effectively.

DO NOT RUSH! This is a crucial time of year and the quality of work will dictate the quality of the playing surfaces for the following season. If it takes several days to achieve a quality finish, then be prepared to put the hours in.