by Football Foundation
in Synthetics and Football
on 12 Jun 2018

John Penrose, MP for Weston-super-Mare, officially opened a state-of-the-art third generation (3G) artificial grass pitch (AGP) for Weston-super-Mare AFC recently. Their new facility was made possible thanks to investment from the Premier League & The FA Facilities Fund, which is delivered by the Football Foundation. 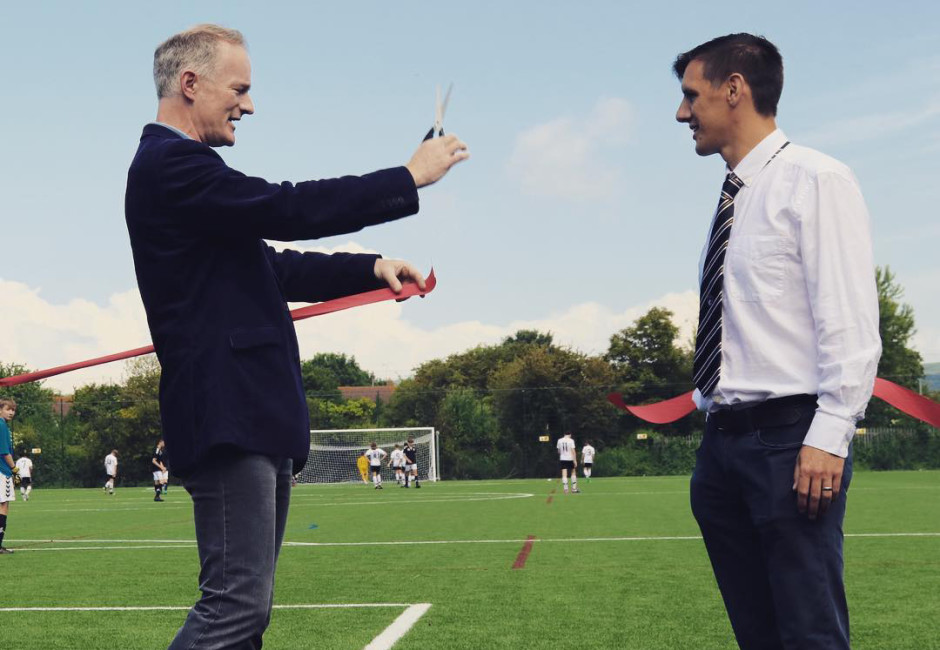 The grant enabled the Step 2 club, which plays in the Vanarama National League South, to replace a full-size grass pitch with the brand new 3G AGP. Unlike the original grass pitch, which could not support back-to-back fixtures and became unusable during the winter months, the club's new pitch is available all-year-round and will facilitate increased playing demand.

The new all-weather surface joins Weston-super-Mare AFC's stadium grass pitch, full-size grass pitch, three junior grass pitches and a training area. This benefits players in a range of age groups, with the new pitch supporting the club's strong Academy system - which works to develop players on and off the field.

The club have a very successful foundation phase and Academy that not only develops the players on the pitch, but also off the pitch. This can be seen by the players that have progressed to the first team and on to professional football clubs. It can also be seen in the players that are now a major part of Weston-super-Mare AFC's coaching set up, with the club able to offer both playing and work opportunities.

Weston-super-Mare AFC's charity arm, the Sports Active Seagulls Community Trust, will take advantage of the new surface for the delivery of community outreach programmes including FA Football Mash Up. The Trust already has strong links with local schools and will team up with Westhaven School, for Special Education Needs pupils, to improve the local disability football provision.

Other users are set to include Sports for Schools and local grassroots clubs. The Somerset FA will also use the 3G AGP as a coaching hub, to deliver a number of courses on-site. It is also hoped that some of the local professional clubs Weston-super-Mare AFC has strong links with will use the facility for training.

The club were awarded a £642,727 grant from the Premier League & The FA Facilities Fund towards the project. They worked alongside the Football Foundation and the Somerset FA to compile a five-year Football Development Plan, which is a vision of how sport will be played on site with an emphasis on increasing participation.

Weston-super-Mare AFC currently has a total of 14 teams, ranging in age from Under-7 boys to their first team, as well as a ladies team and a walking football side. Thanks to the increased capacity of their new playing surface, it is expected that 16 brand new teams will be introduced on-site - including a brand new disability football team and two girls' sides.

As a result, overall football participation for the site is predicted to rise by 210%. Participation for 14-25-year-olds is also set for a boost - an increase of 299% is expected due to the planned new teams, which will include an Under-23 side and a girls' Under-16 side. The club will also use the new pitch to support the expansion of their existing Mini-Soccer programme, and expect to establish a new Under-6 team as well.