by External source
in Local Authority, Schools & Colleges, and People
on 16 May 2017

0 Sebastian Coe: The election race may be on but school sport is being left behind 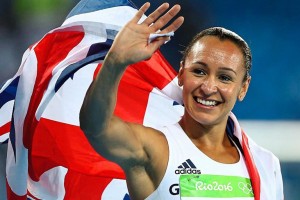 June's general electionshould be a chance to refocus minds on the struggle to give talented athletes the platform they need.

Within hours of the Prime Minister's announcement of an election, the main parties will have started marshalling the troops, and the policy wonks begun thinking up catchy and enticing policies, most of which will never see the light of day once the returning officer has done his bit - some consigned to the knacker's yard after their first airing on the Nick Ferrari show.

Actually, come to think of it, our Champions' League sides this year - with the notable exception of Leicester City's plucky campaign - seemed to find no great difficulty in getting out of Europe very quickly. Maybe their managers could be recruited to the ranks of the party strategists.

Mind you, if any of them have shown in the past an affection for any of the political parties, the politicians will come knocking. I well remember the tedious search for celebrity endorsements when I was in the political frontline - "Do you think Daley Thompson is a Conservative?" I would be asked. "I've no idea, I've never discussed politics with him" would be my lame but honest answer. To this day I have no idea how he votes, and actually that goes for most of my contemporaries from sport.

What we do discuss when we meet up is the fragility of school sport in the state sector. Listening to politicians on the subject, however, recalls the phenomenon of Stalin's tractors. The barometer for economic well-being in the Soviet Union in the early Fifties was how many tractors were coming off the production line. The countryside was supposedly awash with them, except nobody had ever seen one. And when we survey the current situation of school sport it is hard not to recognise that its decline, albeit with moments of promise, has been relentless.

We continue to pay a high price for the misguided nostrums about the ills of competition that came from the teacher training colleges of the Sixties and much of the Seventies. And physical education teachers were left to fight hopeless battles against local education authorities that were infiltrated by middle-class meddlers who never began remotely to understand how important sport was in the lives of many of the working-class families that they purported to represent. Then we hit the Eighties, when school playing fields were sold off though they were not, as the Government tried to tell us, surplus to requirements.

And in the Nineties we lurched from one underfunded public expenditure round to the next, the National Lottery making a difference to the elite competitor and the user of local sports facilities but unable to staunch the loss of hours devoted to school sport in the timetable.

And only really in the past decade or so has there been a unanimity of view about the importance of sport in our neighbourhoods, largely as a result of the bipartisan approach that we enjoyed during the London Olympic years.

And even then, meddling and ill-informed current and former government ministers in the lead-up to the Olympics contrived to dismantle the partnerships that really were making a difference to pupils and their access to school sport, both at primary and at secondary level.

Much of my time producing the Olympic and Paralympic legacy for David Cameron after the 2010 election was spent trying to redress that particular moment of madness.

Yes, but what about the great success of late of our Olympic teams, I hear you ask? Well, actually, more of the competitors and medals than ever before who have propelled Team GB so spectacularly up the medals table have their provenance in private schools. The biggest casualty has actually been athletics, which has always been a sport that has drawn its talent from the state sector and still does.

Nearly two-thirds of UK Athletics' medal haul over the past two Olympic Games came from just three athletes - Jessica Ennis-Hill, Mo Farah and Greg Rutherford, all of them educated in state schools and colleges. This should give us something to build on.

When I heard a general election had been called I was sitting with a group of athletes from the Caribbean. It was the day after the Carifta Games in Curaçao, a breeding ground for the likes of Usain Bolt, Pauline Davis-Thompson, Kim Collins, Asafa Powell, Kirani James, Shaunae Miller, Elaine Thompson and Keshorn Walcott.

Athletics is alive and well there and thriving at school level, taken seriously, coached properly and fully integrated with the local clubs.

Those pathways - actually, the same pathways we were also able to boast about not that long ago - have meant that the production of talent from this region is abundant.

This was my third Carifta Games. One of the most questions I get asked most often in my job is: "Where is the next Usain Bolt coming from?" The answer was not obvious - until I witnessed this particular competition. The next Usain Bolt will come from these ranks, and if you think he's a one-off, it's sobering to reflect that Bolt holds only one of the school records he set more than a decade ago.

We are well beyond the opening salvos of the general election. I had hoped at the outset that the campaign would not become a sport-free zone. I will wait with interest to see what the parties come up with on school sport - but history tells me that I shouldn't hold my breath.