by Louise Challiss
in Machinery & Mechanics
on 08 Jan 2018

Going into their 36th year of operation in the UK, Charterhouse Turf Machinery kicks off the year at the eagerly anticipated BTME. 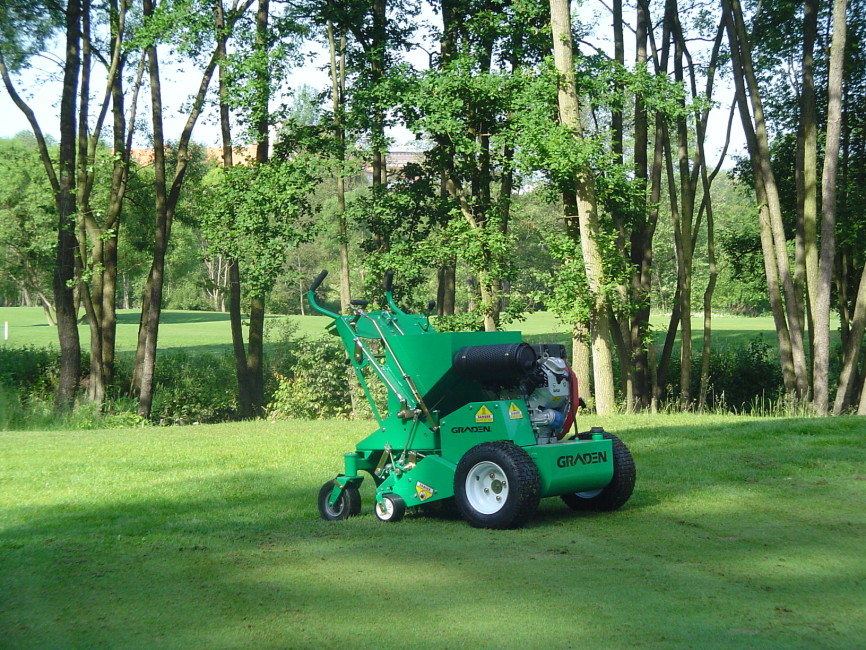 Visitors to stand B48 will be able to see first-hand its extensive range of solutions for the golf industry, including highlights from the Graden range of verticutters, along with a wealth of machinery from Redexim.

The flagship Graden machine, the Contour Sand Injection (CSI) unit has the ability to scarify to any depth between 1mm and 40mm whilst simultaneously backfilling the grooves with either sand or a combination of sand and seed. Powered by a 20hp V-Twin Honda engine, the CSI has a hydrostatic transmission and a 100kg sand hopper. Its multi-functionality saves on the time and reduces play downtime without causing any detrimental effect to ground firmness.

Another highlight will be the Redexim Pedestrian Carrier unit - introduced into the market place in direct response to the requirement to maintain surfaces, whilst keeping ground pressure and general traffic to a minimum.

It is a pedestrian controlled, three wheeled hydrostatic implement powered by a 32hp V-twin petrol engine. It has a three point linkage, PTO and is capable of carrying lots of machines from the Redexim turf-maintenance range - a popular choice being the Verti-Drain 1513 high-speed aerator also on display.

A new face can also be found on stand B48, as Ian Lauder, northern territory sales manager, makes his BTME debut.