by Football Foundation
in Synthetics and Football
on 11 May 2019 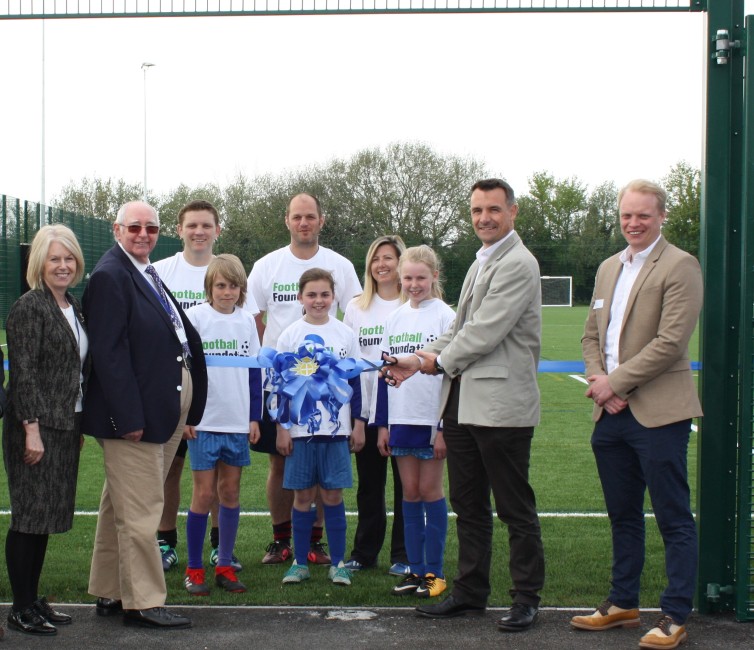 The new facilities were made possible thanks to investment from the Premier League, The FA and Government's Football Foundation.

After netting a £498,621 grant from the Football Foundation, work begun on the site in June 2018. The new pitch not only provides the school's PE Department with a first-class facility, but also the local community and sports organisations to participate in sport and physical activity for health improvement and development of their skills.

The new all-weather pitch includes markings for 5v5, 7v7, 9v9 and 11v11 football and has been installed with floodlights to help increase capacity and availability of the facility. Selwood Academy are also able to offer use of newly refurbished changing rooms on site.

With just one other AGP in Frome, which is a sand-based pitch at Frome Leisure Centre, Somerset FA identified the site as a priority area in the County to improve provision of football facilities. In addition to this, there are three large football clubs in the town and the lack of suitable facilities for winter training and match play has halted any growth or development of these clubs.

The clubs worked in conjunction with Somerset FA to focus on providing increased provision for competitive football participation over the next five years and aim to establish 17 new football teams, including a mixture of boys, girls and open age sides during this time.