A seven-mile "bee corridor" of vibrant wildflowers is being planted to encourage the insect's population in London. 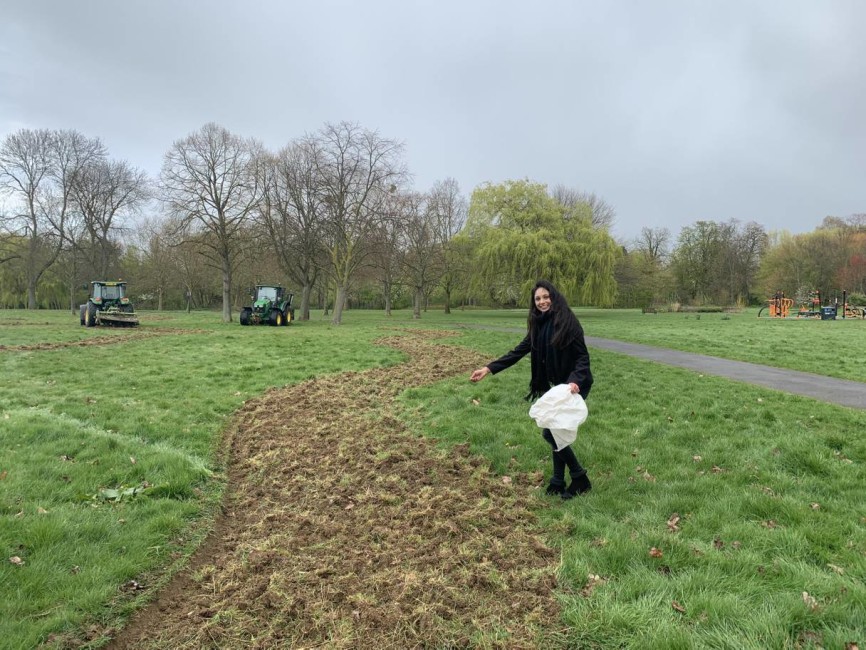 Krupa Sheth sowing seeds for the corridor, which is being prepared for summer (Brent Council)

The pathway for bees will be formed of 22 meadows sown through parks and green spaces in the north west of the capital.

These will be in place in time for summer according to Brent council, which says it hopes the move will halt the decline in biodiversity in the borough.

A recent study showed a massive decline in pollinating insect numbers in the UK since the 1980s, with the decline of wildflowers attributed as one factor behind this. 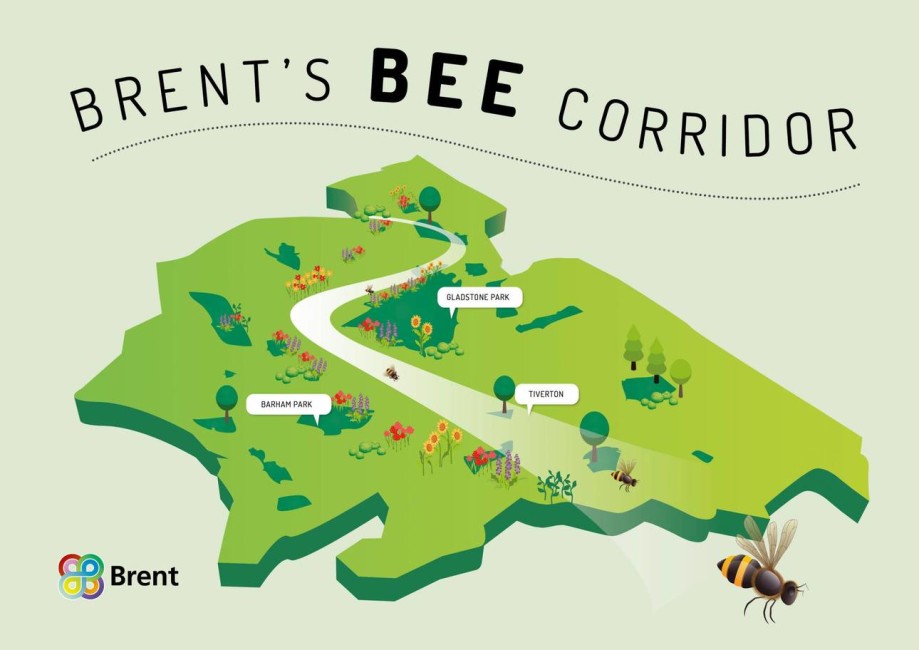 The flowers will not only benefit bees but can also support other insects as well as species such as butterflies, dragonflies and moths.

Councillor Krupa Sheth, who is Brent Council's lead member for environment, said: "Bees and other insects are so important for pollinating the crops that provide the food that we eat. We must do all we can to help them to thrive."

While Kelly Eaton, public Realm Policy, said: "We wanted to do our bit to boost biodiversity.

"The Parks team curated the mix of wildflowers with bees and other insects in mind, choosing varieties that would attract these pollinators."

Worldwide bee numbers have been on the decline in recent years and scientists blame a range of factors.

These include insecticides called neonicotinoids, parasites, disease, climate change and lack of a diverse food supply.

Bees are critical pollinators and food making up about a third of the human diet is from plants that are pollinated by insects.

You can read the original article from the Evening Standard HERE