About 70 firefighters worked through the night after a blaze broke at one of the world's oldest golf clubs. 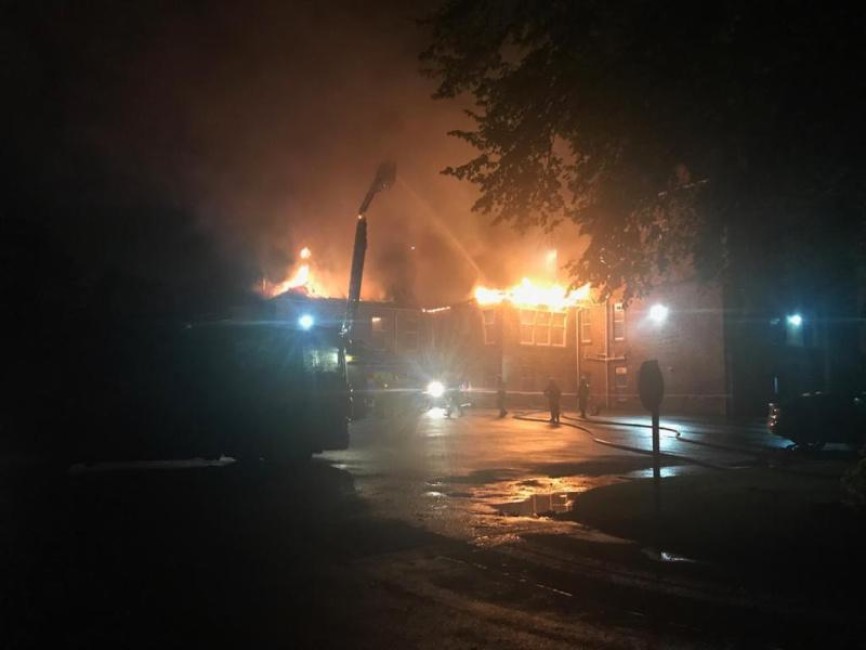 The alarm was raised at the Glasgow Golf Club in Killermont Avenue, Bearsdean, at about 21:20 on Thursday.

The Scottish Fire and Rescue Service said the blaze took hold in the roof space of the three-storey building. No-one was injured.

The club was founded in May 1787 and is the ninth oldest in the world.

Group manager Thomas Sinton, the officer in charge of the incident, said: "This has undoubtedly been a challenging and protracted incident, and there is still work to do as our crews remain on scene this morning.

"But I would like to take this opportunity to praise the response of firefighters - they have been outstanding.

"This is one of the oldest golf courses in the world, I am very pleased to say that our crews were able to assist in salvaging some of the interiors within this historic building.

"I would also like to thank our teams in Operations Control for working effectively with our partners through the night and into this morning."