0 Sextuplet delivery to Sandwell BC

A sextuplet delivery for the birth of the New Paladin TG

This being the first delivery of the New Mower that saw is first previews at Saltex and BTME the machines will be used to maintain the many bowling greens, cricket wickets and other fine turf areas within the borough.

The 24" 11 bladed model which is fitted with a Groomer for added performance was chosen by Sandwell Council because Lloyds have a reputation for building the best fine turf mowers on the market built with robustness, low maintenance, ease of use and reliable performance in mind. 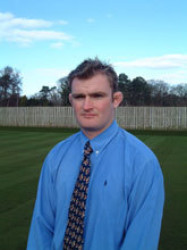 Alastair was previously working with Scottish Borders Council before taking a year out in Australia.

With his father and brother both working within the industry he has a good background in the supply and maintenance of turf care products. Alastair is a keen rugby player in his spare time.