Shay groundsman Graham Osbourne admits the weather hasn't been kind in his battle to get the pitch ready for the return of competitive action at the stadium. 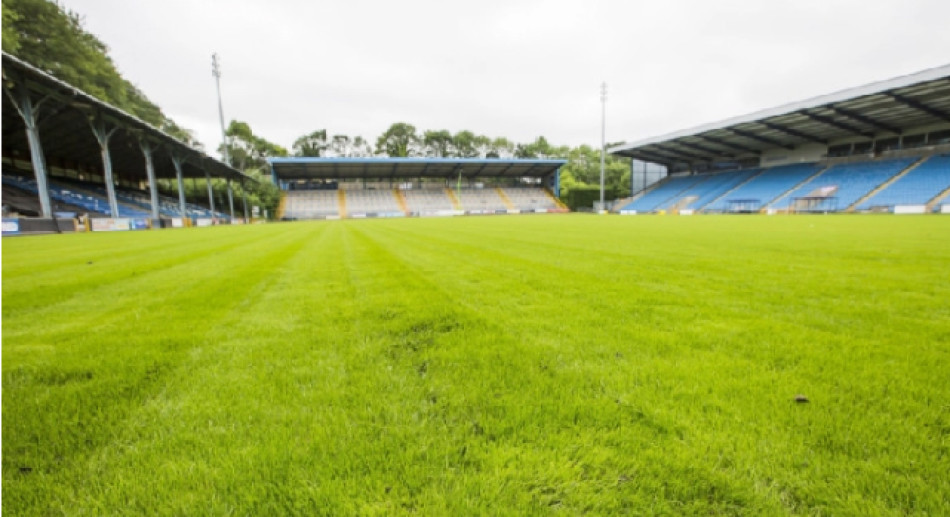 The playing surface, which is used mainly by FC Halifax Town and Halifax RLFC, was removed a month ago, and sand was added before seeding.

Halifax RLFC will return to the Shay following a near two-month absence to play Featherstone Rovers in the Betfred Championship on Sunday, June 30.

FC Halifax Town's first home pre-season friendly is scheduled to be against League One Doncaster Rovers on Tuesday, July 16.

Groundsman Graham Osbourne said: "It hasn't been the best weather for it, which is the problem when you only have a short window to do it in.

"We've barely had a day in June when it's been anywhere near 18 or 19 degrees, plus it's been cold in the evenings with hardly any sun, so not the best for growing grass."

"They'll play the game against Featherstone but it'll probably get damaged a bit so we'll have to reseed it in parts again. I'm trying to put as much fertilizer down as I can to perk it up.

"In a perfect world you'd have another two weeks to do it in."

"When it's reseeded it will miss places because it doesn't drop evenly, but you don't know that until a week later when it starts to grow. Then it's a case or reseeding it again by hand."

"Luckily it's not going to get hammered with games which is a good thing, but I'm hoping the conditions will improve a little bit."

You can read the original article from Halifax Courier HERE