by Football Foundation
in Football, Synthetics, and Cricket
on 05 Jul 2019 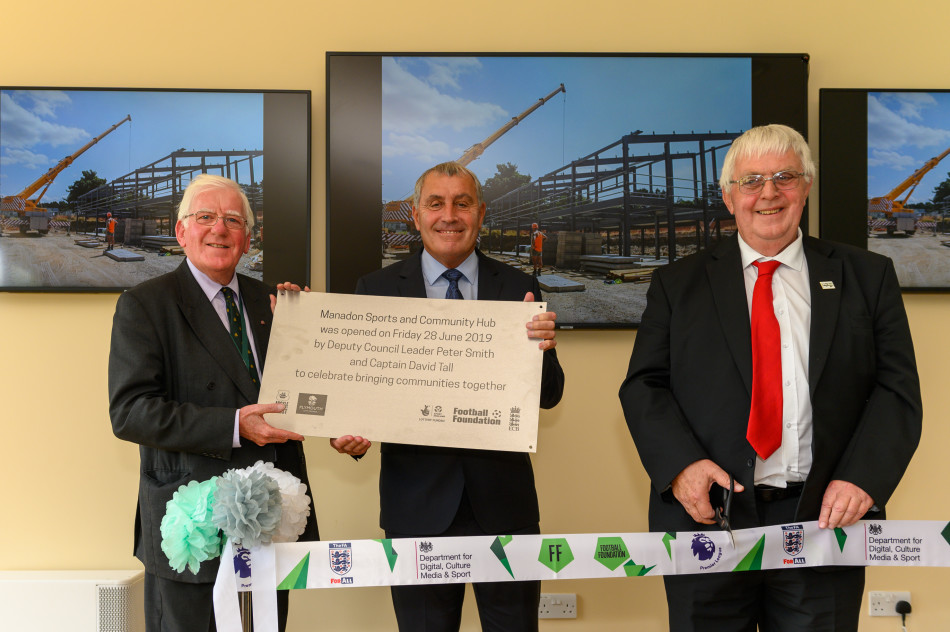 The facility, which is expected to support 30,000 people taking part in physical activity a year, includes a floodlit third generation (3G) artificial grass pitch (AGP), two junior grass football pitches, a new artificial cricket wicket, eight grass wickets and a four-team changing pavilion. This was all made possible thanks to investment from the Premier League, The FA and Government's Football Foundation.

After Plymouth City Council and The Argyle Community Trust netted an £880,000 grant from the Football Foundation towards the project, work begun on the site in February 2018. The sports hub is based on the site of the former Ministry of Defence pitches on St Peter's Road and is set to become an integral venue for community sport in the local area.

Partner clubs Kitto All Saints, YMCA All Saints, SB Frankfort and Plymouth Parkway FC all play at the Manadon hub and the new facilities will provide them with improved all-year round access for training and matchplay. YMCA All Saints are also a FA Charter Standard Community Club and will be able to deliver football sessions at the site for people with learning difficulties such as autism and ADHD.

Devon FA identified the site as a strategic priority to focus on growing football development opportunities within the local area. By working alongside the partner clubs the aim is to create an additional 13 teams playing at St Peter's Road over the next five years. Team growth will primarily focus on youth football and it is projected that female teams will double from five to ten teams.

The sports hub will also be used to deliver coach education by Plymouth YMCA and Devon FA. With an emphasis on coaching opportunities directly supporting the partner clubs and local community it will enable the football coaching workforce to organically grow.

Guests at the official opening were given an exclusive tour of the new facility and were able to see school children competing in a football tournament on the 3G pitch as well as players from Plymouth Civil Service and Roborough cricket club using the cricket nets.

There was also a surprise appearance from former England footballer and Argyle legend Peter Shilton, who was delighted to be back in the city where he secured his first managerial job with a three-and-a-half-year stay, getting Plymouth Argyle into the play-offs in only his second season.

Mark Lovell, Head of Community, Argyle Community Trust said: "This space is more than just a place where people play sport, but it will be a place that the community can use at its centre for education and social events."

"The project has involved a great deal of planning and I would like to place on record my sincere thanks to Plymouth City Council and all the partners involved."

"It has been a genuine partnership throughout and a source of huge pride that the facility is now open to the public. There is no doubt the Manadon Sports Hub is the largest project ever undertaken by the Trust and a reflection of the progress we have made over the past decade."

"Working in unison with Plymouth City Council and Argyle Community Trust, it is a very special moment seeing the community enjoying this fantastic facility."