by Shropshire Star
in Industry News, Football, and Cricket
on 25 Nov 2015 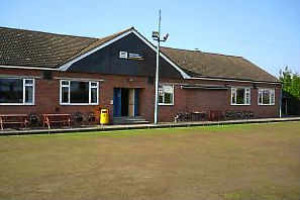 The decision to close the Reman Sports and Social Club, in Albert Road, Harlescott, was taken at an extraordinary general meeting over the club's future.

The committee decided that it for financial reasons the club will close on New Year's Eve.

The club, which has been running for decades, is known in the town for its sporting achievements.

It has two bowls teams, a cricket and football team, eight snooker teams - four of which are in the first division - and also runs dominoes and bingo evenings as well as other entertainment.

The proposed closure has already led to one major change on the Shropshire bowls calendar with the county association's annual meeting in February switching from Reman to Bagley Sports and Social Club.

Barry Jennings, from Tanners Claret Shropshire Bowling League, confirmed the move at the latest meeting of the county executive due to the uncertainty over the future of the club.

Reman Services, as its bowling team is known, has teams in Tanners Shropshire division three and division two of the Tanners Shrewsbury league.

It also has a team in division three of the Wem league this year, along with two sides in the Shrewsbury Senior Citizens league.

It is hoped the sports teams will be retained for the future and will operate from another venue.

The club, which was previously known as the Sentinel and Perkins Club, was a popular venue for wedding receptions, parties and social events.

"A proposal was put forward and unanimously accepted by the membership of the club that the club would close on December 31 due to financial reasons.

"At that meeting an interim committee was formed to investigate opportunities to move forward on the site retaining social and sporting activities for the benefit of the local community."

It is hoped that the club, which has more than 500 members, will reopen under a new name.

Mr Southerton added: "It is an important part of the community and people are going to be very sad to see it go.

"I had to make a very difficult decision and had to present it to the membership. But it was a unanimous decision that the club should close."

For the original article, visit www.shropshirestar.com.