Well known in the greenkeeping industry for his work at Frilford Heath Golf Club and as a president of BIGGA, Sid Arrowsmith has now retired after 42 years. 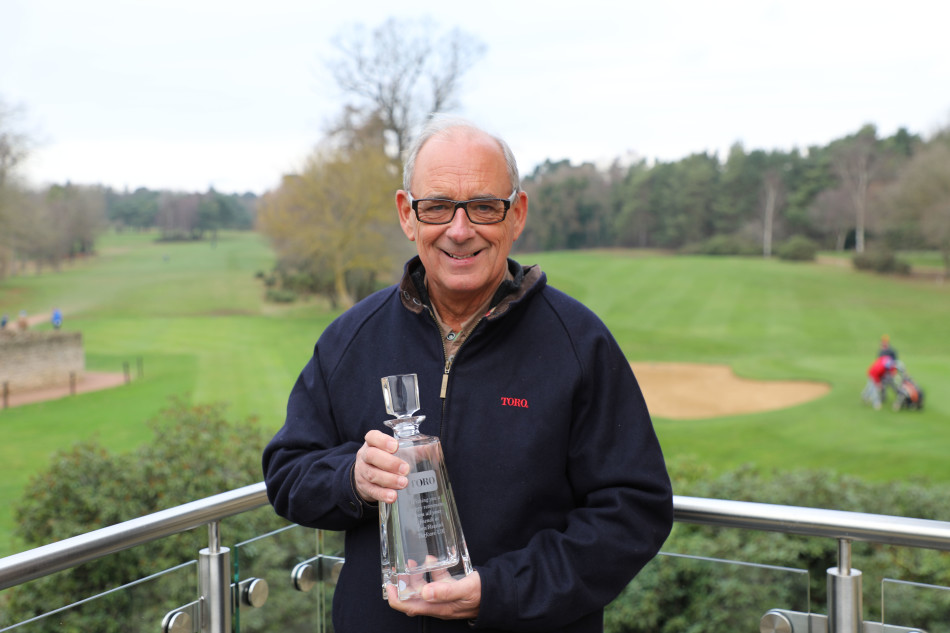 With such a varied and impressive career, Sid has certainly left his mark on the industry and will undoubtedly be much missed by many. And he credits Reesink Turfcare and Toro as having played a part in some of his biggest achievements.

"One of the things I'm proudest of is what we achieved at Frilford Heath Golf Club, where I was course manager for 25 years," says Sid. "From developing a third championship course, to obtaining GEO (Golf Environment Organisation) certification for our sustainability efforts and becoming an Open regional qualifying club, Frilford Heath has come a long way since I arrived. And the successful relationship we had with Toro really aided the club's progression."

With more and more Toro brought in to Frilford Heath under Sid's tenure, the progress made is proof that a forward thinking club and equipment brand working together can achieve great things.

"And the same could be said for my time as Head Greenkeeper at Royal Portrush Golf Club. I was responsible for preparing the courses for the club's centernary year and used Toro to get them up to standard. It speaks volumes that the club still uses Toro today and hosted The Open Championship this year."

Sid continues: "As well as producing reliable and high quality machines, Toro is constantly investing in research and development to create new equipment that meet the needs of the industry. My partnership with Toro has meant I've made friends for life with those at Reesink Turfcare and also gave me the opportunity to go to the Toro Headquarters in Minnesota, USA which was a great experience."

And it's not just Toro that has helped to improve Frilford Heath. Five years ago Sid turned to Reesink and Otterbine to improve the club's water reservoir. "We had a lot of algal growth caused by pollutants getting into the water source," says Sid. "But with Otterbine aerators, the reservoir was transformed. In fact, using the water from the reservoir to irrigate the course allowed Frilford Heath to become self-sufficient."

One of the biggest tests of Sid's career was obtaining BIGGA Master Greenkeeper certification, but he says he "loved the challenge".

"The Master Greenkeeper certification means an awful lot," he says. "It's a demanding and lengthy process which isn't for everyone, particularly the two exams - they're definitely not for the faint hearted! But the fact I was able to test myself at the highest level possible and be successful, is definitely one of my proudest moments."

Imparting his knowledge is something Sid also had chance to do during his time as president of BIGGA, while attending the Toro Student Greenkeeper of the Year Awards. "Seeing the stars of the future developing their knowledge and getting to speak to them was very rewarding. It's wonderful Toro and Reesink sponsor these awards and involve themselves in the industry this way."

With such an incredible career behind him, Sid is now taking some much deserved time off. "I'm going to really miss working with the guys at the club every day, but I'm looking forward to spending as much time with my wife as possible. We're spending a lot of time travelling and have three trips booked for this year alone!"

But Reesink Turfcare couldn't let Sid retire without a proper send off - presenting him with a personalised decanter to commemorate such a fantastic career.

"I was absolutely honoured," says Sid. "It was such a lovely gesture that I wasn't expecting at all. I have some great friends at Reesink, and I know those friendships will continue."