The famous Royal Cinque Ports links in Deal, England, twice an Open Championship venue, has reopened its third and sixteenth holes after they underwent major surgery at the hands of consulting architect Martin Ebert of Mackenzie & Ebert. 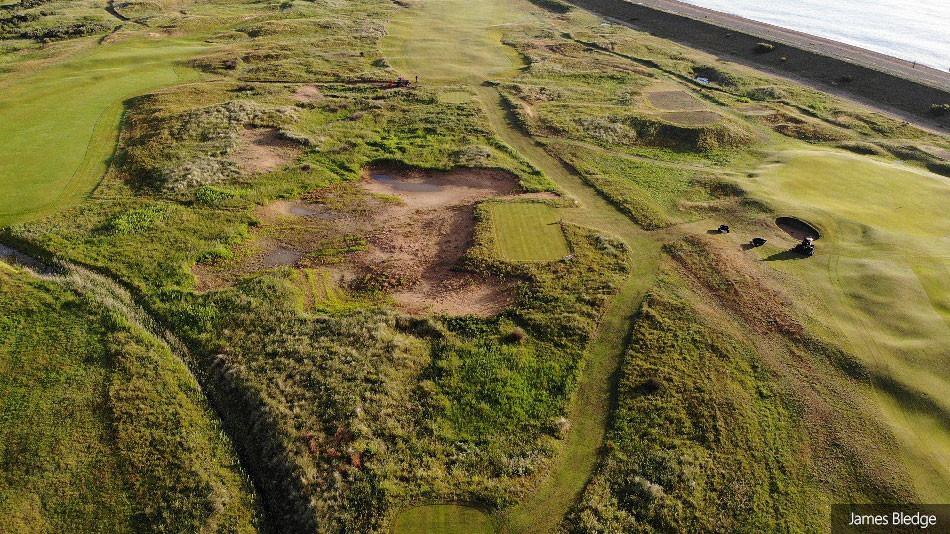 Third hole from tee, with new exposed sand area in the carry

The par-five third hole, famous for the dramatic contours in the approach to the green, and for its deep punchbowl green, has seen its tee shot transformed by a change of angle, and the hole lengthened to 566 yards. The tee has been moved to the left of the second green, rather than the right, as it was before, and the fairway has been reoriented accordingly. The goal of this work was to reduce the number of drives that went towards the sea wall, which is popular with walkers.

The old fairway has been turned into a low dune, shaped by contractor 1st Golf Construction, in rather the same way as the same team of builder and architect did on the fifteenth at Royal Troon before the last Open there, while the new fairway has been grassed using cores extracted from other holes on the course, thus ensuring the same mix of grasses as the rest of the course. 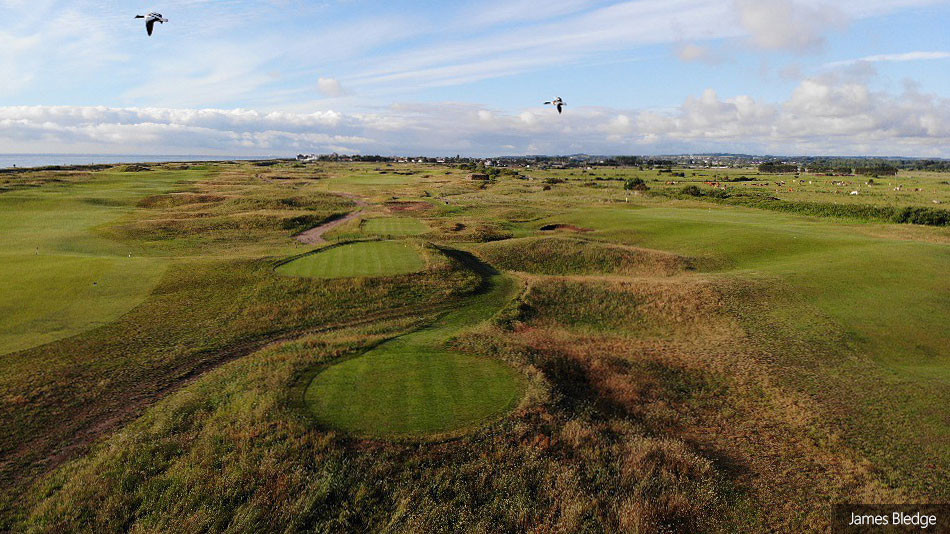 The new back tee on the sixteenth

The sixteenth, one of the legendary holes of English golf, has had a new fairway area added in the higher ground to the left of the existing approach. After a short experiment of playing the hole as a par four, it has also been returned to its historical status as a five shotter, and lengthened slightly to 549 yards.

The new fairway area will give golfers another option on the approach to the green; if they do not want to tangle with the very humpy ground at the front of the putting surface, they can play left in two and have a pitch to the green with better visibility. It will be a tricky calculation though, as the pitch will come from a fairly sharp angle to the putting surface, with thus less room to stop the ball. Ebert explained: "This seems like quite an innovation, especially on such a famous hole, but looking at old aerial photographs of the course shows there clearly used to be fairway in this area, and the work is thus restorative." The course now tips out at 7,367 yards.