It's all change at Sleaford Golf Club after new faces were brought in to look after their greens and fairways. 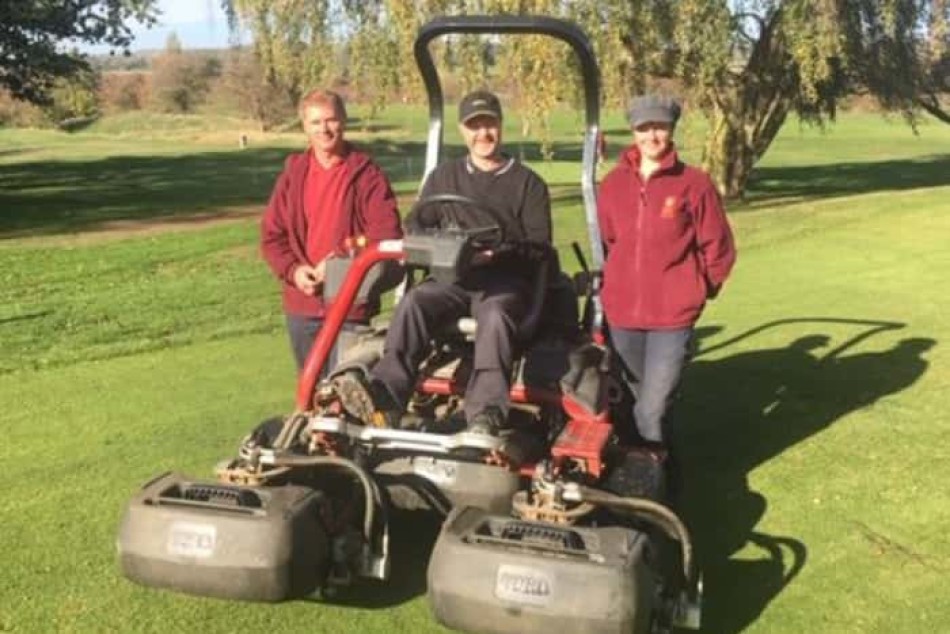 There have been many changes in the greenkeeping team at Sleaford Golf Club in recent weeks after the retirement of the club's longest-serving greenkeeper Arthur Simpson, and the decision of head greenkeeper Ian Batty to change careers after nine years at the club.

Brian Sharp takes over as head greenkeeper after similar positions at Crail Golfing Society and The Roxburghe Hotel, in Scotland, and latterly at Westerhope Golf Club, near Newcastle

"I felt it was the right time for a new challenge and I wanted to get back to managing a links-style course from where I learnt my trade in Scotland," said Brian (49).

Sleaford GC have also taken on two apprentices to learn their trade and qualify as greenkeepers, and after a huge response to their advert on Facebook, Chloe Lea and Mark Payne were appointed.

She said: "I wanted to find a job working outdoors in a natural environment in a role that was physically active; it was a perfect opportunity."

For Mark, the Sleaford course will be highly familiar territory as a member of the club and a keen golfer.

For over 20 years Mark has worked on the perimeters as a landscape gardener, tree surgeon and irrigation engineer for more than 20 years.

"This was a great opportunity to put all my skills to the test in one job and so far is the best move I've ever made. I'm loving the job," he said.

Committee member Nick Lawson added: "After a lot of searching for the right staff we have hopefully recruited the best people to take the club forward with our existing greenkeeping team of Jimmy Smith and James Bonser."