Sligo Rovers have published a detailed Masterplan, including a proposed multi-million euro redevelopment of the Showgrounds stadium with the creation of an academy hub for the north-west region of the country.

The Masterplan presents infrastructural design proposals for the future of Sligo Rovers both at home in The Showgrounds and a potential academy site.

There is also a detailed analysis of the economic, social and financial impact that the proposed development could have on the club, the county and beyond, as well as the footballing impact. The plan has been endorsed by Sligo County Council and the Football Association of Ireland (FAI).

The redeveloped Showgrounds would have a seated capacity of 6,000, surpassing all the requirements of a UEFA Category 3 stadium. It includes the retention of the existing Tracey Avenue Stand and Railway End Stand, with alterations to both, the construction of a new stand at the Church Hill Road End and a new stand in place of the current Jinks Avenue Stand.

The Showgrounds pitch would be extended and the playing surface changed to a hybrid pitch, an innovation that comprises 95% natural grass and delivers more playing time.

The total cost of the overall project as complied by Rhatigan Architects is €17.3m. 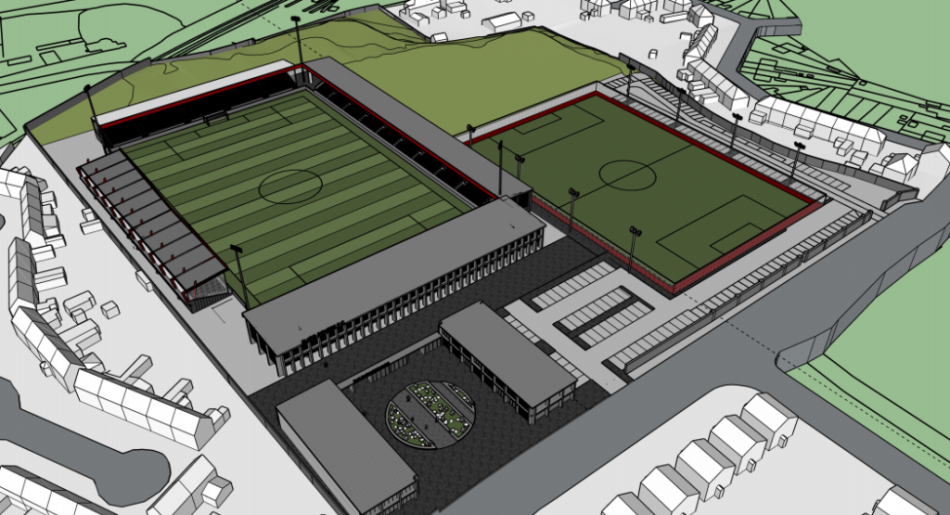 The Masterplan defines the direction of Sligo Rovers as a community owned club and is centrally focused on enhancing the matchday experience for fans. Outside of matchday, a pavilion and plaza area outside of the Showgrounds would include space for cafes, restaurants, meeting space and business units

A provisional agreement with Sligo Rugby to facilitate games in the redeveloped Showgrounds has been reached, with the club keen to open up the facilities for community. The Bit O' Red are also willing to host provincial matches for regional use for the betterment of north-west sport.

The Masterplan reflects the club's ambition to expand, as well as trying to maximise the potential of the north-west area to develop more local and international footballers.

This season over 50% of the registered Sligo Rovers first-team squad has been developed from the academy, with an average of 40% in each matchday squad. The Club set to climb to second place in the SSE Airtricty League this week.

Through this development, and the growth of commercial areas of the football club, Sligo Rovers aim to greatly enhance the opportunities for future generations of young male and female footballers and increase employment in the football industry in Ireland.

This Masterplan defines the direction of Sligo Rovers as a community owned club and is centrally focused on enhancing the matchday experience for fans. Outside of matchday, a pavilion and plaza area outside of the Showgrounds would include space for cafes, restaurants, meeting space and business units. 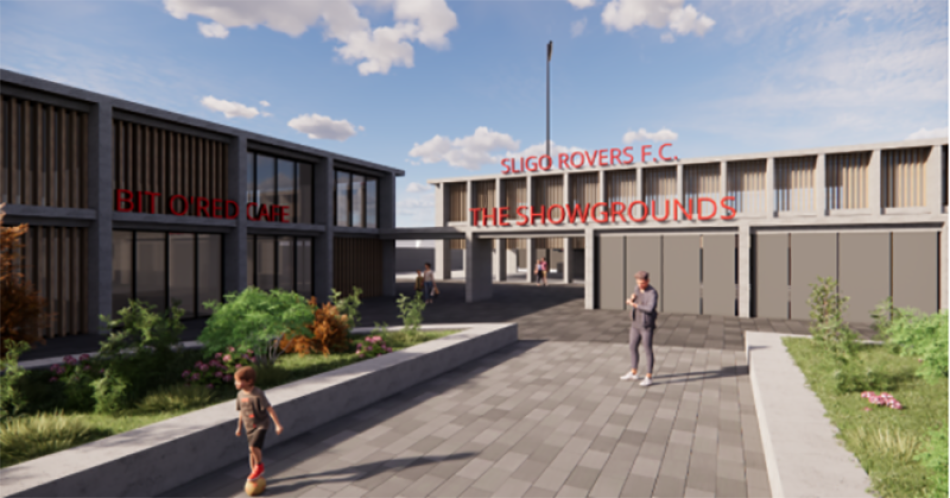 The club are actively seeking land within the Sligo area for the development of a home for the expanding Sligo Rovers academy.

Preliminary discussions have taken place with Sligo County Council and a site in the region of eight acres is desired to cater for the needs of the expanding size of the club.

The proposed Academy base would have three playing pitches with associated dugouts, as well as a single storey building containing dressing rooms and other facilities.

The club aims to expand the number of teams under the Sligo Rovers badge to 13 by the middle of this decade and the creation of home is seen as key in order to create a pathway for children to be active and achieve in sport.

Rhatigan Architects were appointed in June to prepare this Masterplan for Sligo Rovers. The Club secured the funding to create the Masterplan from Sligo LEADER; a Partnership that delivers a range of programmes on behalf of local and national government that focuses on enhancing the quality of life for individuals and communities in County Sligo. Sligo LEADER made it possible to publish the plan of which the club are very grateful.

Speaking at the unveiling of the masterplan, Sligo Rovers Chairman, Tommy Higgins, said:

Today, we present a vision that has been created not just over the last year but through the growth and enhancement of the club in its modern existence.

We see unlimited potential in Sligo Rovers Football Club. Today, the football represents a beacon and focal point of the community, something we have worked tirelessly to achieve.

We also have a youth set-up which is developing countless footballers going on to play senior League of Ireland football each year, while still being in its infancy. Prior to Covid-19, we had 11 players involved with Ireland at underage level during one calendar year and our desire is to invest further in the area.

In the future, we want to develop a facility that can raise standards even further across the board. That is by improving football players through investment in coaching, teams and the experience of the supporter to enhance our attendance figures.

As a community club, we also seek to bring further benefits to our local economy and provide the opportunity to young boys aspiring to become the next Seamus Coleman to live out their dream, and for girls who need more front of house women wearing the Bit O' Red of Sligo Rovers as soon as possible. 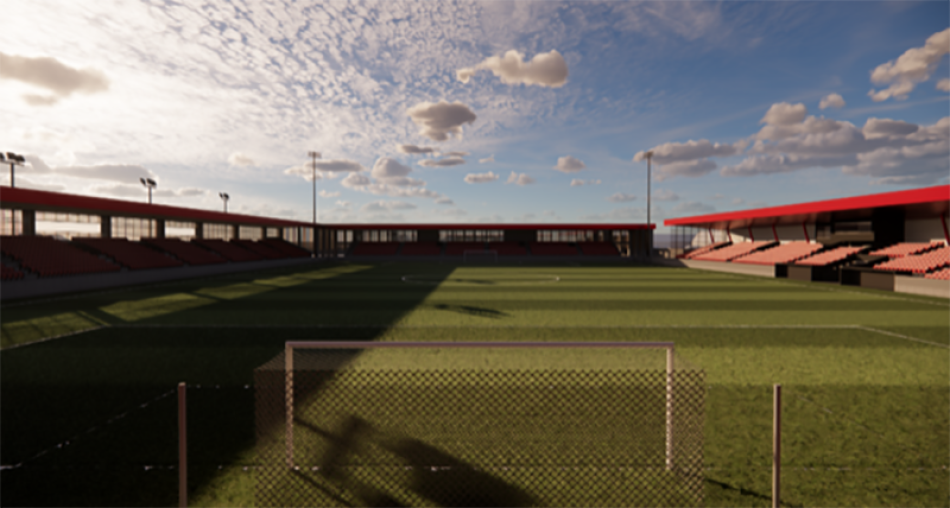 The plan was unveiled this morning in The Showgrounds. Images, courtesy: Sligo Rovers / Rhatigan Architects

Sligo County Council commends Sligo Rovers on the preparation of their Masterplan for the Sligo Showgrounds.

Sligo Rovers are a valued presence in our community, and since the club was established in 1928, their grounds have been available for a range of other sports and activities. Throughout its history it has welcomed people from all countries and backgrounds, this tradition and ethos reflecting the cultural diversity of Sligo over the 20th century.

The transformation of the ground under the Masterplan would be a major enhancement of the recreational offering in Sligo, and will be a landmark achievement for the club and the wider community. Sligo County Council fully supports Sligo Rovers Management Committee in the delivery of the objectives set out in the Masterplan.

We talk a lot about football in the community, not just here in Ireland but across the globe, and Sligo Rovers are standard bearers in this regard.

I am delighted to see the range of this Development Plan, which reflects the club's standing in the Sligo community in a fitting manner. Such development is a cornerstone of our vision for the future of all our League of Ireland clubs. Well done to all involved with this project.

Walter Holleran, FAI Head of Facility Development, has promised to support the plan:

This ambitious Development Plan from Sligo Rovers clearer shows a footballing venue can be more than just a playing field for 22 players. Great credit must go to all involved to Sligo Rovers for their approach and visionary concept. The FAI unanimously supports this development plan and will continue to support its progress into development.