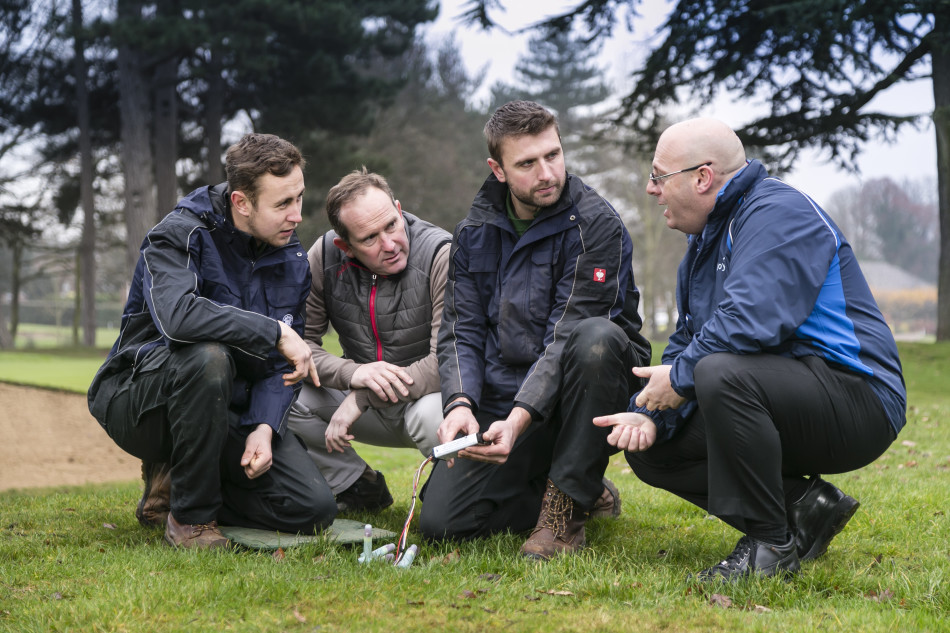 Bailoy has been working with Fulwell Golf Club in Twickenham, helping them to achieve better performance from their GTI PC irrigation system installed in 2008. Updating the Bailoy software at the club has seen the irrigation run time more than halved.

Greg Evans, head of golf course development for Fulwell GC, says: "When I got involved with Fulwell I looked at the greens set up and was worried about the full circle arcs," he says. "Due to the club wanting to water the surrounds, the greens sprinklers were switched from part-circle to full-circle a few years ago and with permission from the management board, irrigation specialist Lakes and Greens was commissioned to upgrade the greens system installing back-to-back greens and surrounds sprinklers."

Before work commenced, Bailoy was asked to make an appraisal of the course cable and the GTI PC system to confirm that an update would achieve the club's immediate aims. The club also wanted to be sure that it was investing in a system that could manage future upgrades.

The site cable was good quality, but because new stations and sprinklers had been added, moved and replaced since the system's installation without the GTI database software being updated, the system was not performing to the best of its ability. Bailoy advised on the importance of having the data in the GTI software accurately reflecting the hardware installed on-site and the performance and time saving benefits it would bring.

The irrigation team then collected site data to input into the GTI software, concentrating first on the greens and surrounds, entering data from the new back-to-back sprinklers installed by Lakes and Greens. This immediately made a significant difference to the operation of the system, especially the run times. Greg confirms this by saying: "A typical 2mm programme took four hours to complete pre-update, but the changes to the database means this has reduced to 1.5 hours."

Since starting the process, Fulwell has continued auditing the whole system. Sean Eckett the club's irrigation technician has been checking sprinklers are in the right formation and data in the GTI software matches. He found there was a huge discrepancy between what was out in the field and what's recorded in the database. "It is very rewarding to look at where the irrigation system is now compared to where it was," he says. "On certain areas of the golf course the database was extremely out of sync with what it was in the field, which would have massively affected run times and efficiency."

Based on the success of the work and audit, Greg, Sean and head greenkeeper Sam Evans have been happy with the performance of the system in 2016. Sam says: "To have a reliable system both on the computer and out in the field means we can be much more critical and accurate with how we irrigate the golf course. It is a time-consuming process and at times difficult, but with Sean's hard work and Bailoy's input we now have an accurate representation and we are working towards knowing every detail out on the golf course, making the management and maintenance far easier and resulting in big time savings."

Greg, who consults for golf clubs across UK and Ireland, concludes by saying: "I work as an independent consultant and this is the first time I've worked closely with the Bailoy system. I like it, the system is easy to use and very effective. They are particularly good for those clubs opting for a retro fit installation, utilising the existing control cabling, decoders, solenoids and sprinklers as they do. Plus the backup support is fantastic."