0 Smoothly does it at Ganton Golf Club for Toro Irrigation

Ganton Golf Club in North Yorkshire has upgraded its irrigation system with Toro Lynx central control and Infinity sprinklers on the greens and aprons. 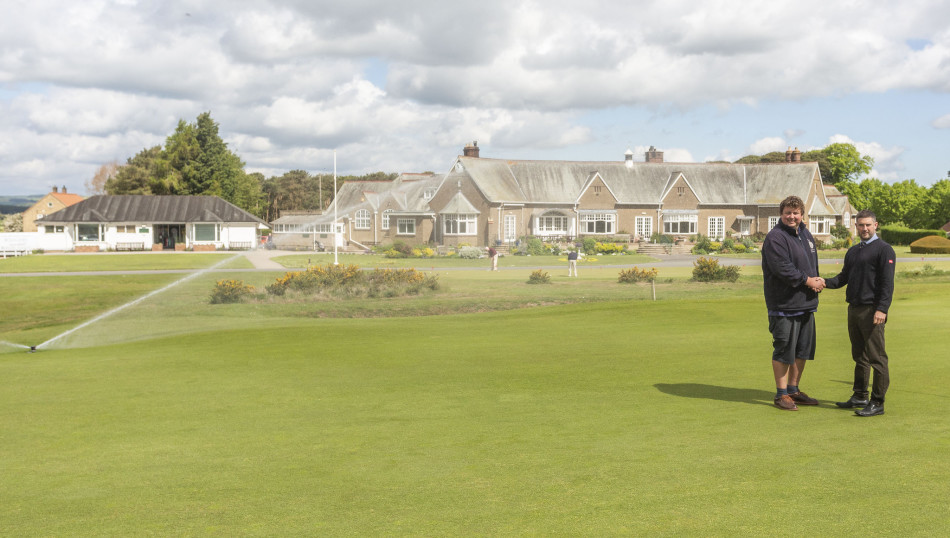 And it was an installation which went "almost too smoothly" according to Deputy Head Greenkeeper Mathew Wormald thanks to the combined efforts of Reesink Turfcare and Green Irrigation.

"It's so rare in life to have something deliver exactly what it says it will and this irrigation system does just that. From the start everything has worked well, performed and delivered exactly what we want, where we want it. Working with Peter Newton from Reesink and Rob Green from Green Irrigation has been a pleasure, in fact, installation went almost too smoothly, I kept thinking it can't be this easy!"

The sandy course in the rural Vale of Pickering, which is one of the top 80 golf courses in the world, was once a North Sea inlet. Over the years the original characteristics of the heathland and links course have changed, and undulations have been lost due to woodland and heathland growth. As a result, the greenkeeping team of nine have been restoring the more traditional aspects of the course. Some of the aprons have been made larger to widen the areas of play.

And it's this that instigated the decision to replace the irrigation system, says Mathew: "The previous system was over 20 years old so we were coming up to the time to replace it, simply to take advantage of the technological improvements a new central control system, such as Toro Lynx, would offer. But really the upgrade was made all the more urgent after the work implemented to update the course.

"Basically, the old sprinklers didn't have the capabilities to throw the arc of water as far as we needed with the changes we've made to cover the bigger area of play on the greens. Full uniform coverage is so important, and we simply weren't getting the reach."

Mathew had a diverse CV before joining Ganton with stints in Belgium and Hong Kong, all of which bought valuable experience to one of the very few clubs to have staged the Curtis Cup, Walker Cup and the Ryder Cup.

Having previously used Toro irrigation, Mathew says: "I've used Toro irrigation before, so I was aware how easy it was to use and how precise. We don't rely heavily on our irrigation system here, mainly because the grass is deep rooting so we can push it a bit more and that's another thing that appealed so much about the Toro system - we can be as accurate as we need to be, tackling only the areas that need it. This will be far more efficient for us long-term."

And it's not only Lynx and Infinity that are working so well together, as previously mentioned the relationship with Reesink and Green Irrigation delivered too. Mathew concludes by saying: "It was a project that didn't just bring us a solution to a problem, it introduced us to some really knowledgeable people in the industry and from start to finish was problem-free."