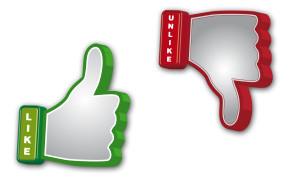 One of my colleagues recently called me a 'dinosaur' for not embracing social media. That same colleague recently posted on Facebook that he turned up at the away ground to play football for his local team when they were actually playing at home!

Now, on a personal level, that posting would be seen as mildy amusing but, on a business level, his colleagues and associates might see him as a disorganised muppet who couldn't provide the proverbial in a brewery. Sadly, social media does not always distinguish between friends and business colleagues and can, subsequently, be read by all.

Where once an entry in a diary - the hard copy variety - was deemed sacrosanct and pain of death ensued to anyone who cast their eyes on it, now the world and his mother can view the written word or latest image upload.

Business relationships take time to nurture and I am mindful that, at all times, I need to ensure that I do not cross any line that might damage that. This is especially true when composing emails, as the written word can so often be misconstrued as being a) condescending, b) aggressive or c) simply downright rude when, in fact, nothing could be further from the truth; and no amount of emoticons will rectify the situation. When did they become emojis by the way?

An email conversation does not allow you to discover how the recipient's day is going or what sort of weekend he or she had that put them in the mood they currently find themselves. And it's that mood that can often determine how the tone of an email is interpreted.

A recent BBC News item suggested that kisses on emails - a simple 'x' at the end of a sign off - was considered as condescending by its female recipients. Really? A check with my female colleagues revealed that they did, in fact, find it endearing. 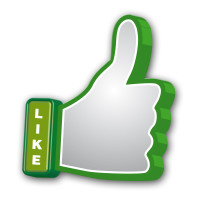 Now, not all emails to female colleagues will be signed off with an 'x', but those I have known for a long time or have a particularly special business relationship with will certainly get an online peck on the cheek. Indeed, way back, they may even have proffered the first cyber smacker in the relationship.

I am also reminded of a Facebook post by a young man, whilst on holiday, who appeared to be having a particularly enjoyabe time on the streets of Magaluf, forgetting that he had 'friended' his mum, who was able to see and read about the whole 'sordid' affair; details of which I won't expound on here for reasons of decency. Needless to say, the tan was wiped off his face on his return home.

The immediacy of social media can, therefore, be damaging on many levels and, as more and more people embrace the technology on both a personal and business level, some clear thought processes 'before' hitting the send button need to be in place; not often easy when a few glasses of falling down water have been partaken of. 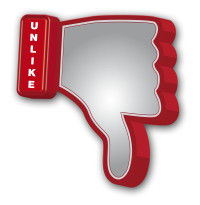 Clearly, social media is here to stay and further advances in the technology are no doubt just around the corner, bringing even more reasons to 'tread carefully', I would suggest.

I guess there is a notable distinction between being a dinosaur and a muppet, but I remain more than happy to start my week safe in the knowledge that no one other than my inner sanctum knows what I got up to at the weekend. It was probably very boring by comparison anyway. Who wants to read "enjoyed a relaxing al fresco roast dinner with my aunt and uncle"? If you do, please drop me an email, but don't use the term 'mate' or 'buddy' when doing so!