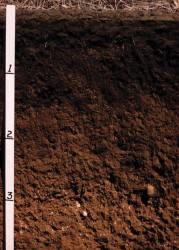 With the cost of fertiliser rocketing this year, many turf managers are looking at alternatives for producing and managing high quality playing surfaces. Many are looking at, and actively trialling, a more organic, or environmentally sensitive, approach.

Brews of compost tea, seaweed and carbon based materials are all being tried and evaluated. This has also drawn criticism from some quarters as being of the 'green' fringes of turf care, but this is consistent with general criticisms of organic land management. This article briefly highlights some history of the organic management of land, and also outlines some of the research currently going on into alternative turfgrass nutrition practices.

The Law of the Minimum

Justus von Liebig, a famous agricultural chemist, is usually credited with having first published (1840) the concept of the Law of the Minimum, but the essence of the law, in reference to soil fertility, was first conceived by Carl Sprengel around 1828. 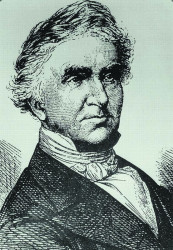 The Law of the Minimum is an ecological principle that considers the proper balance among factors required for the growth of a living organism. If, for example, plant growth is constrained because phosphorus is the most limiting factor, adding more of some other less-limiting nutrient will not increase plant growth until the need for phosphorus is satisfied. Even when other nutrients are in good supply, plant growth will not be greater than the amount permitted by the level of available phosphorus.

An analogy used to illustrate the Law of the Minimum concept is that of a barrel in which each individual stave is a soil mineral. The lowest stave will cause water to leak from the barrel, which needs to be topped back up to stop the barrel emptying. 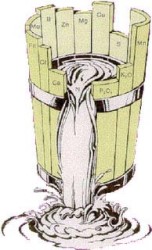 The research of Carl Sprengel showed that a major benefit of humus to soil fertility was that it could supply mineral nutrients to plants but, at the same time, plants could be grown without humus if the necessary inorganic minerals were supplied.

Once it became known that plants could be grown without soil organic matter, or humus, so long as there was an adequate supply of all essential mineral nutrients, Liebig used his fame as a chemist to devalue the important role of humus to soil fertility and promote inorganic mineral fertilisers as all that was necessary.

The Law of Return

The Law of Return was a teaching principle that Sir Albert Howard (1873-1947) used to encourage the adoption of farming practices that would follow nature's example of recycling all natural and organic waste products back to the soil. Howard was a mycologist who worked as a research agriculturist and is regarded, by most, as the founder and pioneer of the organic movement.

Drawing on his many years of agricultural research experience, he wrote several widely read books espousing his concepts and theories of composting, soil fertility, and health and disease. In 1943, he published the book, An Agricultural Testament, in which he described a concept that was to become central to organic farming - the importance of utilising available waste materials to build and maintain soil fertility and humus content. According to what he called "the Law of Return" he strongly advocated the recycling of all organic waste materials, including sewage sludge, back to farmland. 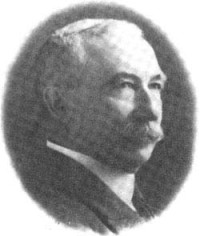 Howard's concept of soil fertility was centred on building soil humus with an emphasis on a "living bridge" between soil life, such as mycorrhizae and bacteria, and how this chain of life from the soil supported the health of crops, livestock and mankind.

Building soil humus is vital to maintaining soil quality and healthy soil biological activity. When land is used for growing and harvesting crops and livestock, mineral nutrients are removed from the soil. The failure to effectively return the waste products of agriculture back to the land results in mineral depletion of soil and represents a lost opportunity to build soil humus. This was of great concern to Albert Howard, who strongly advocated the Law of Return as a key principle of soil fertility management.

While Howard recognised the significance of Liebig's writings on agricultural chemistry, he was no Leibig devotee. Howard thought that Liebig was "a sinner" for vigorously combating the so-called humus theory and instituting the so-called "NPK mentality," that is, the practice of fertilising only, or principally, with nitrogen, phosphorus and potassium. One of Howard's main criticisms was that Liebig focused attention on soil chemistry to the neglect of soil biology and physics. As a result of this single-minded focus on chemistry, the once-great appreciation for soil organic matter fell to a position of low esteem. In recent decades, however, there has been a renewed appreciation for soil organic matter.

Although Howard knew that certain nutrients could be severely limiting in some soils, he opposed using chemical fertilisers, even though they could more easily correct specific nutrient limitations than could the use of compost. Thus, Howard's extreme position against any use of chemical fertilisers created a challenging situation for organic farmers attempting to balance nutrient supply, for example, to effectively deal with the Law of the Minimum. Howard's hard-line position against the use of chemical fertilisers, however, was not shared by some of his contemporary supporters who felt that the use of artificial fertilisers could sometimes be justified. Howard was, however, open to the use of some naturally occurring mineral sources such as pulverized rocks.

Liebig's absolute concept of "only" inorganic nutrient uptake by plants has been disproved and yet it persists in modern soils literature. This represents a case of mechanistic rigidity in the history of science that illustrates a lack of a functional understanding of natural systems. Likewise, the hard-line
position of Howard against the use of any chemical fertilisers may represent a case of extremism. Moreover, Howard's extreme position contributed to the common, but mistaken, impression that organic is simply defined as farming without the use of synthetic fertilisers.

Current literature, however, provides evidence that some plants can uptake and utilise limited amounts of organic forms of nitrogen such as amino acids and peptides. Not only were those early arguments incorrect, but they also misrepresented the principles of organic farming as if it were defined by carbon (organic) chemistry rather than a philosophy of living systems.

Most turfgrass agronomists have been trained in the concept of plant nutrition on the philosophy of Lieberg. The giant mineral fertiliser industry was developed on the assumption that specific levels of mineral nutrients in plants are directly related to nutrient availability and impact plant performance. Many modern turfgrass agronomists have been involved in research concerning the impact of mineral fertilisation on turfgrass.

Results from studies dealing with various sources of nitrogen applied to turfgrasses are readily available, as are the ratios of major fertiliser elements on plant growth. However, the correlation between the rate which grass leaves grow because of fertility and turfgrass quality is poor. Often heavy fertilised turfgrass that grows rapidly is more susceptible to environmental stresses than less fertilised, slow growing grass.

Recently, interest has developed in the concept that suppression or enhancement of plant growth represents the effect of hormonal balance. Frankenberger and Arshad,1995, reviewed reports of the effect of organic amendments on plant growth. They concluded that plant stimulation associated with applications of organic materials cannot be substituted by equivalent application of mineral nutrients. They also pointed out that research has shown that hormones were also important in influencing plant growth.

Work at Virginia Tech, USA, with various materials applied in small quantities to turfgrass, have shown to stimulate growth that cannot be attributed to traditional plant nutrients. These are referred to as biostimulants or metabolic enhancers, and include seaweed extract, humic acids, amino acids, benzyladenine, trinexapace-ethyl, propiconazole, salicylic acid and silicates.

When treated with these substances, turf grasses are better able to tolerate environmental stresses such as low soil moisture, salinity, heat, cold, dollar spot disease, high UV light intensity, herbicides, and nematodes. Pre-treatment with biostimulants changes the hormonal balance to favour cytokinins and auxin production so that antioxidant production can continue when stress occurs. Increased antioxidant content is a common factor associated with increased stress tolerance of biostimulant treated turfgrasses. Treatment with biostimulants trigger the enhancement of antioxidants for protection against environmental conditions.

Growing turfgrasses for the preparation of playing surfaces will probably always necessitate the input of inorganic fertilisers. However, to solely rely on synthetic sources produces a reliance on other petrochemical products, e.g. pesticides, to counteract the effects of parasitic fungi and insect attack and environmental stresses.

Using materials that enhance the microbial population of the soil and the hormonal balance within plants, has resulted in reduced fertiliser and pesticide requirements.

Some argue that to be anti-chemical goes against all the benefits we have developed in health care and hygiene, saving the lives of millions of people. This is undoubtedly true and we must be aware not to lose sight of the advances we have made over the past 100 years. However, have we not also seen an increase in MRSA as a result of the over-use of penicillin, and who sits on a toilet after wiping the seat with neat bleach?

In protecting ourselves against pathogen attack we leave ourselves open to harm from the very substances used for defence. Too much use of synthetic chemicals, derived mainly from petro-chemical sources, has proven to harm soil life and plant growth.

Both Justus von Liebig and Sir Albert Howard caused much controversy due to over zealousness of their theories. No wonder that the same arguments continue to mar the debate within the turfgrass industry, with people being polarised in their views.

As in most things in life, the answer is in the balanced use of materials:

• synthetic fertilisers to provide nutrients the plant cannot access in any other way,
• organically derived materials to:
. encourage the soil microbial population so that parasitic organisms are controlled and more nutrients are released from applied fertilisers and the soil organic matter,
. helping the grass to more efficiently uptake and internally use nutrients,
. to relieve growth stresses through correct hormonal balance.

Mixing different bio-stimulating materials has proved to be good practice, especially seaweed extracts from a high quality process (one that retains all the hormones and vitamins) and humic acids. Treatments should be made on a monthly basis and have been shown to have a better second year effect.