The study of soil formation and the role of natural and synthetic chemicals in the support of plant life has been a source of continual wonderment and fascination for mankind throughout the ages.

Most people look at fields, orchards, gardens and golf courses and see only what is growing above the ground. What we do not see is the life teeming within the soil and rootzones, and this life - with bacteria and fungi as its cornerstone - is the key to healthy and abundant yields in agricultural and quality turf conditions in sports turf management.

For the last half century, when we have gone into our turf management operations, many of us have seen poor conditions and unhealthy soils and rootzones, resulting in the need for higher and higher input costs

Yet, what we want to see are reduced input costs and higher quality through healthier soils; these goals can only be achieved with healthy soils.

Healthy soil is loose and well-structured and promotes good aeration and percolation. It has a high population of organisms that you can see with the naked eye, and millions of microbes that you cannot. How many microbes? Healthy soil has, on average, in the region of 600 million microorganisms per teaspoon.

Some organisms may die, but we can assume that most will live at least thirty minutes to do the job of mining, refining and stockpiling of all the nutrients the plant needs to grow and develop into a healthy plant.

Why should we care about how many bacteria and fungi are in the soil? Plants need nutrients to survive and, in natural settings, most nutrients are absorbed by the plant roots. Microbes extract nutrients from the soil, refine them, and either store it in their bodies or concentrate it in and around the roots where the plant takes them up. In return, most plants excrete or exude sugar back into the soil for microbes to feed on.

This symbiotic relationship is a natural process and is to the advantage of both: microbes feed the plant, and the plant feeds the microbes.

Aerobic organisms collect or colonise in the soil and refine both naturally occurring nutrients and inorganic fertilisers, making it available to the plant.

Bacteria are largely responsible for the refinement of nutrients. These organisms eat, store and release more nitrogen than any other organism known on this planet; when they have the correct food, moisture and temperature they split and divide, on average, every twenty minutes

Temperature, pH, sunlight and moisture play a vital role in plant growth throughout all life stages from germination to harvest. 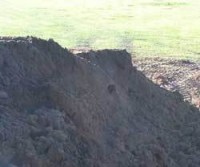 The identity and function of living organisms in soil and rootzone micro environments has remained largely unrecognised until more recent times. Replenishment of soil nutrients has, traditionally, been addressed through the widespread use of chemicals and organic fertilisers. Soil has often been treated as a mere inanimate medium to harbour plant life, without due recognition and understanding the identity, role and the dynamic and complex assortment of micro flora - a critical underpinning for plant growth.

As important as bacterial organisms are, they do not do it all on their own. Fungi are the large tubular-like organisms, whose job it is to transport the nutrients to where they are needed - at the plant's roots.

These tubes, in scientific terms, are called hyphae and can extend from a few inches to over a hundred feet in length. As the fungi grows, nutrients that are beyond the reach of the plant are transported to it as needed, and exchange for sugar is given off by the plant.

The interaction of bacteria and fungi are essential to the health of the soil. These interactions provide the basis of the food supply for all other soil life, and a protection mechanism for the plant from predators within the soil.

For instance, grasses and herbivores eat roots but, when a healthy fungi population exists in the root structure, they act to kill these root feeders which, in turn, creates food for the fungi and bacteria.

Burrowers, such as earthworms, also live here, creating larger tunnels that aerate and allow water to seep deep into the soil. This supplies roots and soil life with much needed moisture, which is stored for future need by other soil life - even in drought conditions. 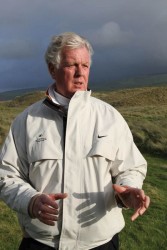 All of these organisms ultimately become food for each other and, when ingested, certain ones retain some of the other microbes' nutrients, whilst others excrete the excess nutrients back into the soil.

All of the organisms described so far are classified as aerobic organisms, meaning that they need oxygen to survive.

A healthy plant absorbs most of the oxygen it needs through its leaves, but the root system and the beneficial aerobic microbes also need oxygen below the surface. As the oxygen levels go down, microbial populations are reduced and the soil begins to ferment.

Compaction in the soil and rootzones reduces the amount of air, limiting the soils ability to absorb water and reduces the beneficial life in the soil. It is so easy to dismiss what we don't see because we think it does not affect us, or at least we have no visual knowledge that it is affecting us. Our soil is much the same.

Sometimes, without the proper intervention, it becomes too late and our soils and rootzones die, and are reduced to little more than dirt.