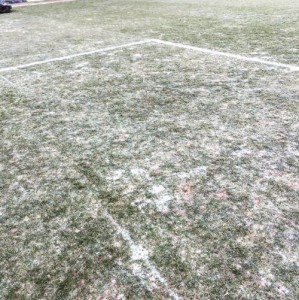 Ken, who had been with the Shrimpers for the past 27 years, was dismissed by chairman Ron Martin after the game with the Trotters, which had been due to take place at Roots Hall, was called off for a frozen pitch.

The game was called off at 10:47am on the morning of the game, with the club citing that the tie between the Shrimpers and Bolton Wanderers had been cancelled following an inspection by the match officials which found some areas of the pitch still frozen.

The announcement to call off the game - which was hotly anticipated as the League's sixth-placed side hosted the League's third-placed team - came as a shock to many supporters who were confused as to why the game had been called off with just over four hours remaining until kick-off.

A club spokesman said: "People generally lose their position as a result of not doing their job. The necessary decision surrounding Mr Hare was a disappointment and, of course, not taken lightly."

"People have been dismissed at this football club over the past 20 years and that even extends to managers."

Saturday's game was the first to be postponed at Roots Hall since January 2013.