0 Southend stadium plans to be decided by council

Southend United FC has provided an update on its plans to build a new 21,000-capacity stadium in the town. 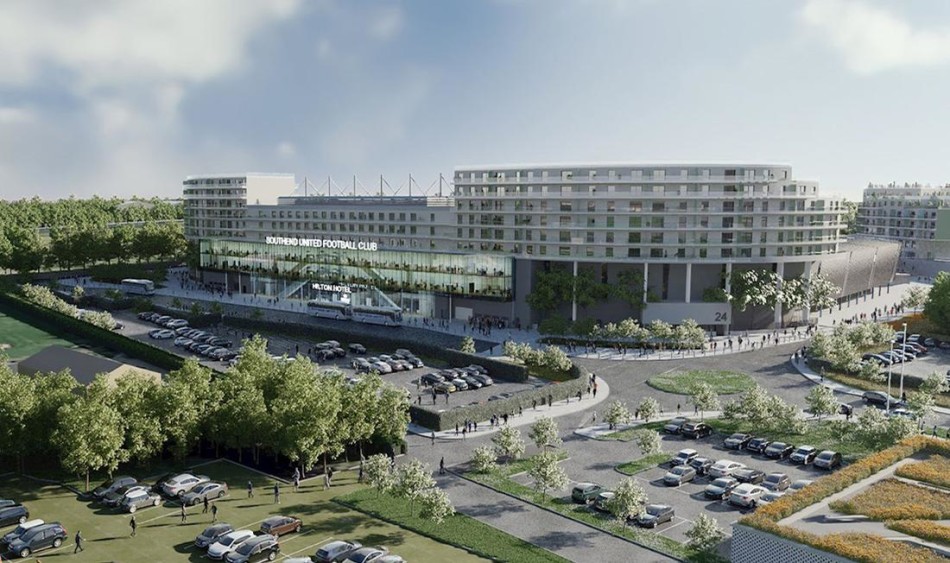 The stadium, designed by architects Populous, will include a hotel and training academy

The club released a statement regarding the project - which includes a new stadium at Fossetts Farm and the transformation of its current Roots Hall Stadium into 504 residential units - confirming that it is still waiting for a council go-ahead.

"An application remains to be determined by Southend Borough Council for the new stadium with supporting developments," the club said.

The club's plans for the stadium, designed by architects Populous, include a hotel, training academy, community pitches, multi-screen cinema, restaurants and retail outlets.

A spokesperson for the club added that building a new stadium remained a priority, with the Roots Hall project dependent on it.

"The council will not allow us to move from Roots Hall Stadium, without equivalent facilities being constructed first at Fossetts Farm," he said.

Southend chairman Ron Martin added that, if approved, the Roots Hall project will include "30 per cent affordable accommodation", providing the town with a "true mixed tenure development to meet the housing needs of the community".

The council is expected to come up with a decision on the proposed project later this year.