Southwest Greens International will construct a synthetic turf 9-hole golf course, academy and driving range near St. Tropez, France, according to a press release from the company 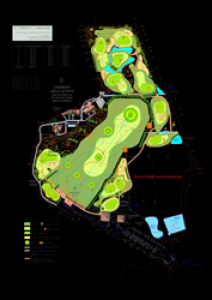 "This project propels the industry into a new dimension, demonstrating that our performance turf systems are a real solution for all components on the golf course and driving range," says Kevin Holinaty, president of Southwest Greens Construction. "During the planning phase, we worked with the client and architect to deliver on key wishes and expectations for such a unique project. Working extensively with our supply chain's research and development department we were able to engineer the best possible options and features. We are excited to be a part of the construction of this historic golf facility."

Holinaty and his team have built several golf courses around the world with key components featuring synthetic turf systems.

"Our commercial product line addresses every conceivable problem area on the golf course, from golf greens, fairways, roughs and bunkers to cart paths. We can even resolve erosion control for lake embankments," Holinaty explains. "Our high performance turf systems mimic the surfaces of championship caliber natural surfaces. During the engineering process to create these turf systems, we understood the demanding nature of the golfer. In order to satisfy their expectations, our products need to excel in all aspects of ball behavior performance. We think we have created turf systems that live up to this demanding criteria."

Set to open in spring 2017, the facility will bring the complete golf experience to players.

"Since we started developing the concept of the Golf Up facility more than 3 years ago, it became very clear that we had to do the entire project using synthetic turf," says Robert Roussille, executive director of Golf Up. "The first reason was because of the positive impact on maintenance and operational costs, which was critical to the financial feasibility of the project, and second, it gave us the ability to have our training center and golf course open all year round with the same exceptional quality of turf."

The driving range facilities will include innovative target greens and have 45 hitting stations. The academy will have three coaching studios, equipped with cameras and video systems.

In addition to the golf facilities, Golf Up will feature apartments for rent adjacent to the academy and built in a Provençal theme that captures the essence of a typical charming village in Provence. A club house and restaurant will also be featured.

The golf facility was designed by French architect Jean-Claude Cornillot, a senior member of the EIGCA.

For the original article, visit www.golfdom.com.