Sometimes investing in facilities is as important for a football club as spending in the transfer market. Top-class training grounds can make workouts more efficient and enjoyable, create a positive environment around a club and even attract new players, as the following article by LaLiga reports. 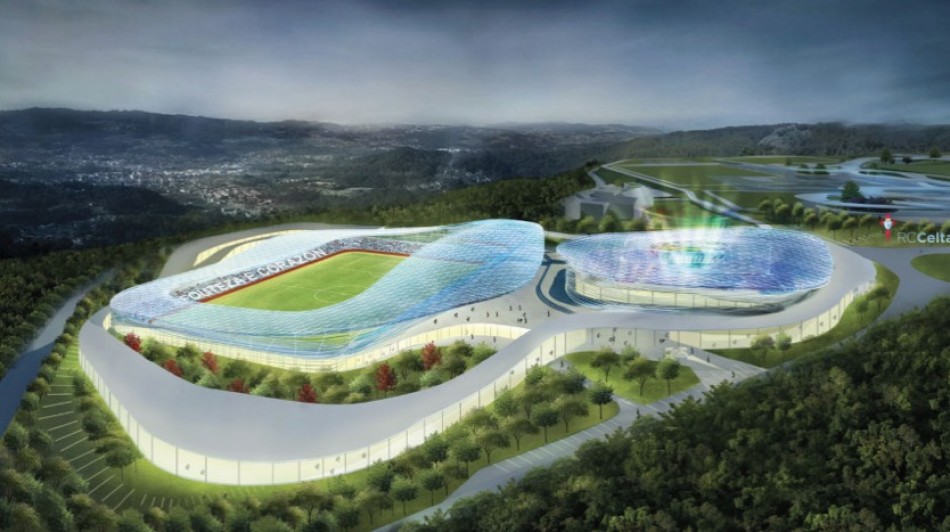 In addition to the above, as clubs expand their academies, establish new playing teams and strengthen ties to their local community, it's becoming increasingly important to create central locations where all these activities can take place.

For all these reasons and more, clubs across Spain are investing in sports cities. Whether by expanding their current facilities, building new structures from scratch, or both, there are numerous projects across the country that show the ambition and long-term thinking that currently exists among LaLiga clubs.

Three of these; Celta de Vigo, Real Valladolid and Levante, shared with LaLiga what to expect in the months and years ahead.

In Vigo, a brand-new sports city is being created in the Mos district with a stated objective of nurturing its academy, while going beyond football. As a central location for the first team and academy team, the new site will house nine pitches, gym and spa areas, residences for young players and a mini-stadium for 4,000 spectators, along with a range of leisure and catering facilities. 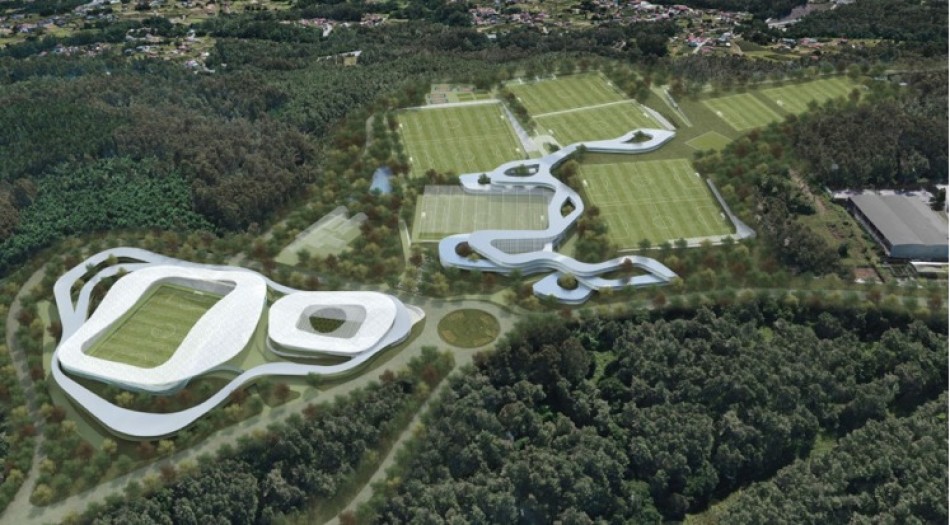 Carlos Cao, Business Area Director at RC Celta, said: "This is a vital and strategic project for the future of the club. It is essential to have new facilities that are designed around our academy to build on the potential it has shown in recent years. Our growth model is based on our academy, helping us to expand internationally but with our own unique identity."

To further develop this identity, the club plans to build classrooms for its sports university, which partners with the University of Vigo and establish a space for technological start-ups working on sports projects. It also plans to dedicate space to eSports, local fashion and gastronomy, nature activities and host music concerts.

Cao continued: "Stadiums are no longer a piece of concrete only 20-25 times a year. The evolution of the football industry forces us to change this model and update to the modern day. In our facilities our followers will be able to meet all their needs for leisure, fun and commerce."

Environmental sustainability has also been a key factor in the clubs planning, with the management of water, land and energy all considered with the needs of future generations in mind, as Cao concluded: "It will be a benchmark in Spanish and European football both for its unique construction and its ability to integrate in total harmony with surrounding nature."

The Real Valladolid project will see the club expand its facilities into two separate sites across the city. The existing sports city next to the club's Estadio José Zorrilla is set to be modernised and expanded, increasing the number of pitches from three to ten and incorporating new club offices. A brand-new site, built over 30 hectares, will be dedicated exclusively to the club's male and female academies.

David Espinar, Director of the President's Office at Valladolid, said: "The main objective is to strengthen the academy and to provide the city, the province and the region with new facilities to play football. We'll have modern facilities, as well as a public field that can be used by anyone who wants to play football. It is another way to involve the club in society and vice versa."

Among the new features in the existing sports city, there will be a fan zone, a cafeteria, club offices and medical facilities. This is where the first team will train and there will also be a gym, a dressing room, a dining area, a press room, an auditorium, 30 bedrooms and leisure areas. The new location, in the Pinar de Jalón district, will have nine football pitches for the academy, as well as stands, offices and parking spaces.

This is all part of a project led by club President Ronaldo Nazário, who became the club's leading shareholder in 2018.

Espinar added: "The new President is betting firmly on the academy as the best route to progress in a sporting, social and financial sense. The intention is to create a structure that can to develop young players every year who are ready to join the first team."

As Real Valladolid hopes to attract the top talent from the Castilla and León region before other professional teams, its cause will be boosted by offering some of the area's best facilities.

Meanwhile in Valencia, Levante is embarking on a sports city project in the port area adjacent to the Nazaret neighbourhood of the city, a zone that is linked with the origins of the club and stands to benefit from such a significant new facility being built.

Communications Director, Alberto Gil, said: "It will be a clear example of how a sports facility is the engine of transformation of an area in a city."

An area of 95,000sqm has been located at the old Benimar Sports Club and the project has been designed with the aim of optimising the space in order to have as many football pitches as possible. Seven full-size pitches are due to be built, plus a mini stadium with a capacity of 2,500. Using the site, the club intends to further develop its academy, increase on-site education and achieve better environmental practices such as energy and water conservation.

Gil added: "The new sports city shows the strategy of the club to establish itself in the elite level of football over the next few years. The academy will be one of the great beneficiaries and the leap in quality that it will give will be enormous."

The club plans a residence for 86 players and a three-storey building for the first team in the complex. This will lead onto the main training pitch and will also contain a gym, a dressing room, office space, leisure space, a dining area and much more. Facilities for the women's team and for the youth teams will also be located at the site, with the club keen to offer the best for its players in a single location.

Gil added: "If you compare this to the current sports city in Buñol we will gain a lot of competitiveness, since the distance to that site, 44 kilometers, has undoubtedly been a limiting factor. For Levante, there will be a clear 'before' and 'after' when it comes to the new sports city."

Levante's Chief Operational Officer, Luis Cervera Torres, said of the club's stadium refurbishment masterplan: "The key drivers for the stadium refurbishment masterplan are meeting the requirements for TV, the roof, lighting and SkyCam. The project will also include a new concept in fan experience and a new business plan including VIP seats. We expect the €23m, two-phased project to pay dividends within 5-6 years through the commercialisation of the stadium." 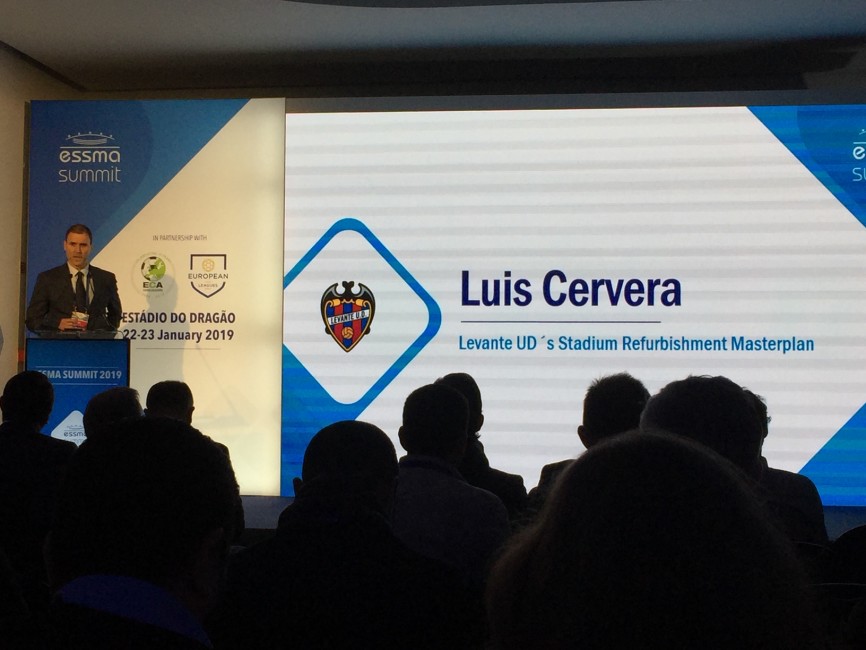 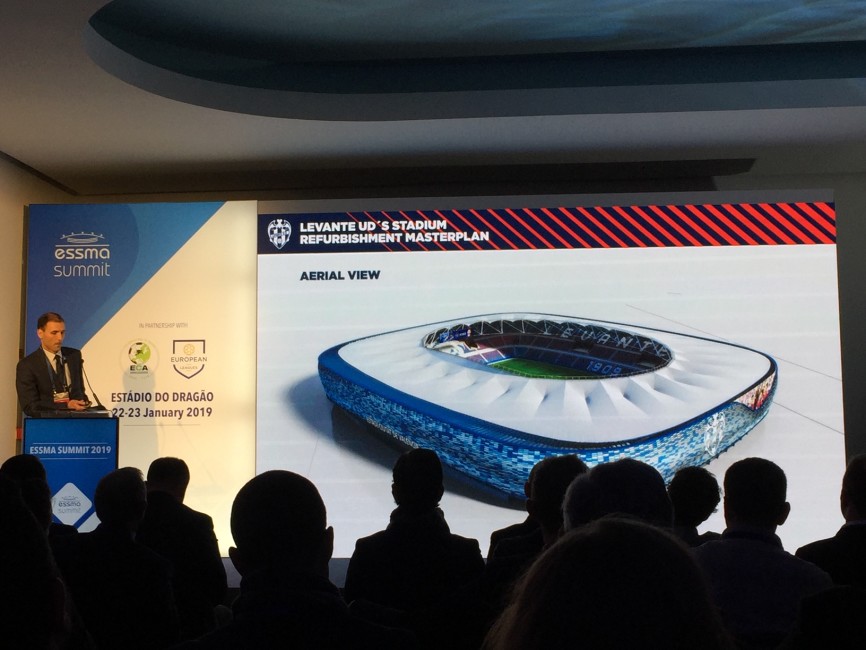 While the projects of Celta, Valladolid and Levante are some of the most ambitious currently in progress, there are many more LaLiga clubs currently investing in infrastructure.

Top-flight sides like SD Eibar and Real Betis Balompié are building new sports cities, Athletic Club Bilbao is making improvements to its existing facilities, while Atlético Madrid is adding another site to its academy.

LaLiga 1l2l3 clubs are also realising the importance of constructing facilities for their teams, with Andalusian club Málaga and Canary Island sides Las Palmas and Tenerife all currently working on sports cities as well.

Overall, millions of euros are being invested across Spain to secure a stable future for its clubs. The growth of LaLiga has boosted club revenues and helped teams move to a position where they can afford to invest. This long-term thinking on behalf of the clubs can help cement their status as pillars of their local communities, while ensuring that the next generation of footballing talent continues to reach world-class standards.