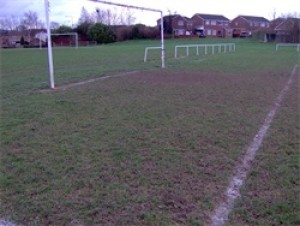 The Football Association is to lose £1.6m of public funding for the amateur game in England after failing to reverse a sharp decline in the number of people regularly playing the sport.

Sport England, the body responsible for distributing public money to increase sports participation, says the reduction is a clear message that football needs to change its grassroots strategy.

The national game is one of six sports that have had funding reduced by Sport England.

FA general secretary Alex Horne called the reduction "disappointing" and said a number of factors, including poor weather and increased costs were presenting difficulties to clubs and players.

"It's naturally disappointing to learn that Sport England is cutting its funding to football especially at a time when the challenges faced by the grassroots of our game are so acute," said Horne.

"It is especially disappointing as Sport England agreed and began funding our joint plan only in August last year, and today's decision is based on measurement undertaken just two months later in October.

It will not however deter the FA's continued extensive financial commitment to the grassroots of the game, of which this is only one element.

"A combination of severe weather, increased pitch hire costs and reduced maintenance spend has made this a very difficult time for clubs seeking to complete their fixtures and for individual players to value and enjoy regular football.

"This challenge - to ensure a much better provision of quality affordable grassroots facilities - is one we are determined to address."