by Andy Hubbert
in General Interest, Health & Safety, and Golf
on 29 Apr 2020

When Prime Minister Boris Johnson brought about an abrupt closure to sport and leisure facilities in the UK on March 23 to prevent the spread of coronavirus, no-one really knew what the future held for the coming season. 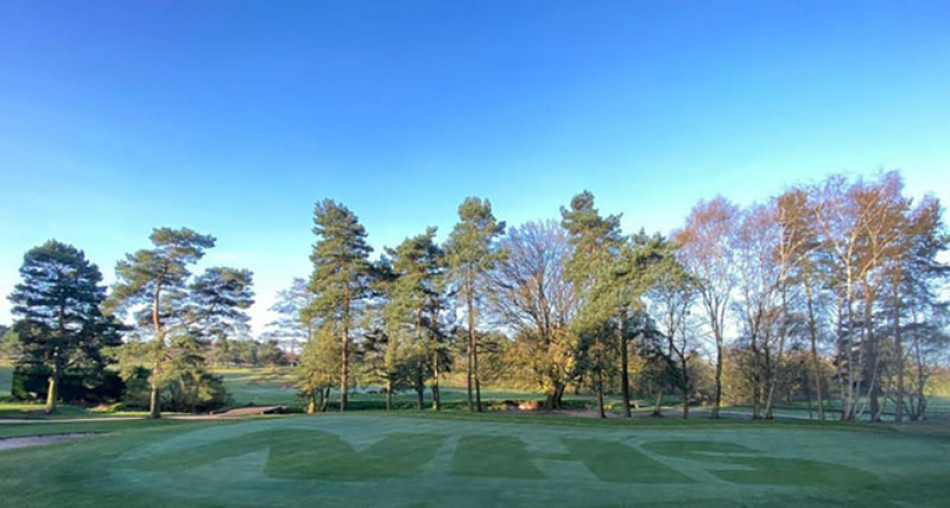 With spring weather emerging, golfers, tennis and bowls players were just getting into their stride, but the increasingly lucrative leisure industry has essentially been 'mothballed'. Cricket clubs, community swimming pools and football pitches have all been affected.

But how are these Lincolnshire facilities coping? With people urged to stay at home, would sports lovers return to their hallowed turf in later months to find 'meadows' instead of manicured grass or pools full of leaves?

Tim Hutton is the owner and proprietor of Sudbrook Moor Golf Club at Carlton Scroop, near Sleaford.

He said staff have been furloughed under the Government scheme, leaving himself and the head greenkeeper to keep on top of the grass - while keeping their distance.

"If we didn't it we would not be able to have it ready for play when the lockdown is lifted. I can only carry on doing this as long as I can afford to and it may fall to just myself and my wife, Judith," Mr Hutton said. 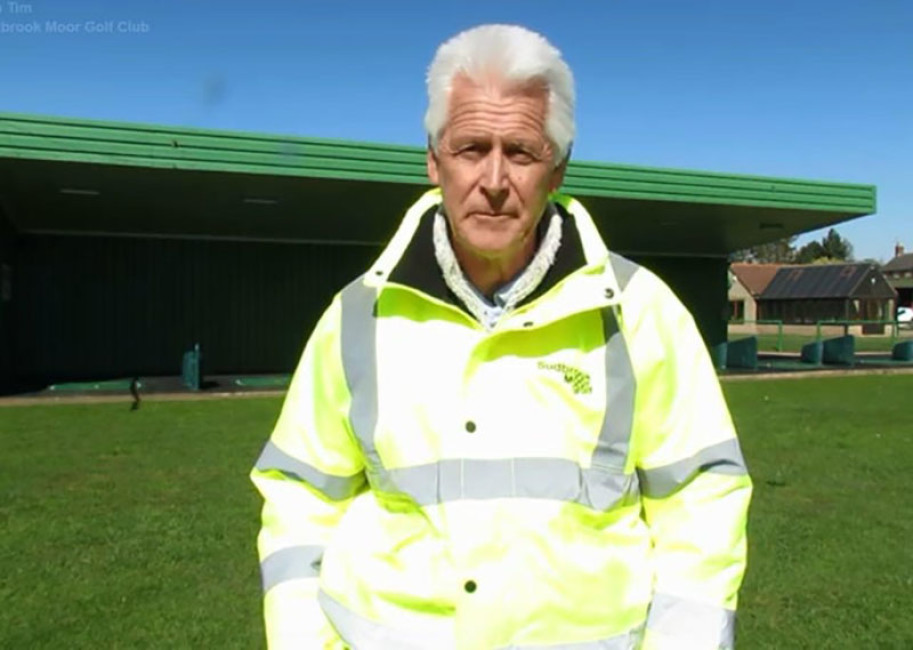 Under clarification by the British and International Golf Greenkeepers Association (BIGGA), greenkeepers are allowed to carry out essential maintenance, cutting, seeding and security checks, within the rules of the movement restrictions.

"There is no question we have to be closed," Tim said. "My conscience would not allow anyone on the premises under the circumstances."

England Golf, based at Woodhall Spa, is the HQ of the English Golf Union and boasts one of the top six ranked courses in the UK, as well as being voted 20th best in the world.

All championship and performance events scheduled to take place up until week commencing July 27 have been postponed, including one at Woodhall Spa - the English Schools' Team Championship on July 8. It remains England Golf's intention to try and re-schedule as many of these postponed events as possible.

A majority of England Golf staff have been placed on furlough as part of the Government's job retention scheme. Remaining staff working remotely will be available to assist counties, clubs and golfers in the weeks ahead.

Greenkeeping staff for its two courses have been reduced to a skeleton crew of three or four working alternate days just to keep up maintenance.

Club houses on courses are shut, with greenkeepers and managers mainly concerned with keeping an eye on security and any damage. 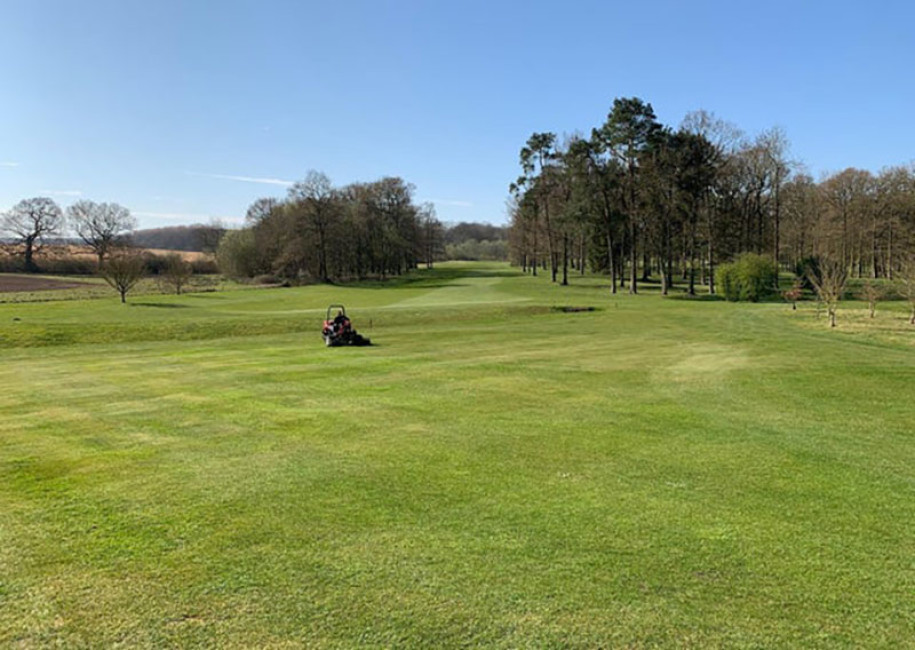 The guidance is not intended to allow greenkeepers to maintain an immaculate playable course. Instead, it is intended to allow a level of maintenance that will enable the course to be returned into a playable condition very quickly, rather than the months it could take if no work was to take place for an extended period.

Jim Croxton of BIGGA said: "I'm worried that permission could be removed if the Government perceives that the guidance is being abused."

Market Rasen Golf Club has been in existence for over 100 years and has urged members to be supportive of each other while isolated, as it endeavours to maintain the course in peak condition. To show their thanks for hard working NHS staff, the greenkeepers have mowed a message on the 15th green. Northshore Golf Club at Skegness has done the same on one of its greens too.

Rosie Sharp, chairman of Seacroft Golf Club, in Skegness, said they have furloughed green-keeping staff leaving a reduced team carrying out essential work. Office staff are at home rearranging the calendar which attracts many visitors and income to the town. An important competition has been cancelled and the club has postponed its 125th anniversary festivities.

Boston Golf Club say they are delighted with the very positive start to membership renewals. All green staff have been retained and are working hard to keep the course looking good.

They said via Facebook: "This situation will pass, and we will make sure that your course is ready for you to play with your friends and fellow members." 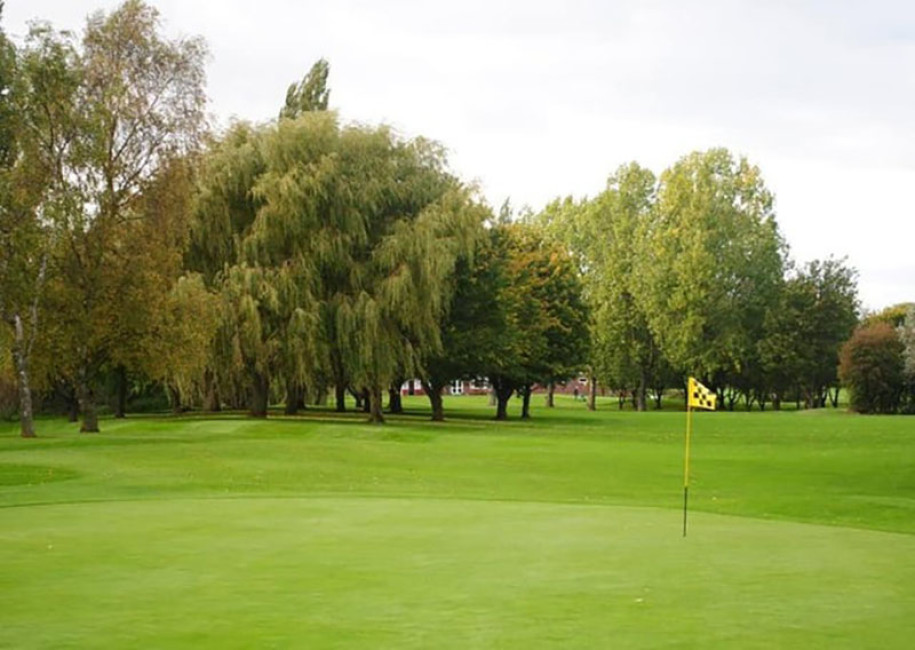 Michael Langford, director of golf and PGA professional at Louth's Kenwick Park Golf Club, said he is "immensely proud" of how his team of staff and the board of directors have dealt with the situation so far.

He said: "It was a massive learning curve for everyone as the situation moved quickly and as frustrating as it is for golfers up and down the country, the enforced Government lockdown was the only possible solution to this nightmare that the world is living through."

"The unusually fantastic April weather hasn't helped the frustrations and the feeling of missed opportunities, but better golfing days will return and when they do our golf course will be in fantastic condition. We have continuously followed the advice given to us from the Government and, in turn England Golf, and that enabled us to get a clear understanding of what our greenkeeping staff have been able to do."

"Allowing the golf course to grow out of control was not an option, you can't simply return to an unkept golf course two months later and pick up where you left off."

"We have a small team keeping on top of essential work and ultimately providing security to our property. The lack of golfers allow the team to complete jobs quicker and more efficiently, but that is not to say that they wouldn't prefer to see the happy and even the frustrated golfers' faces."

Like many clubs, Kenwick Park is made up of multiple businesses. The clubhouse is franchised out to Sammy and Howard Cooper and their business Aquavita, but their business model has been shattered. They have since adapted and are offering members a home grocery delivery service as well as a 'Meals on Wheels' service. This is proving popular among members avoiding the local supermarket.

Billinghay and District Swimming Pool is a community facility which has been open to the public over summer months for decades. The team are prepared for all eventualities at Billinghay Pool

Chairman Kelly Grieg said as a seasonal, charity-run pool they have not yet opened to the public. She explained: "The pool is effectively shut down and turned off at the end of each season and due to 'social distancing' guidelines we are currently not active in our preparations, so nothing as yet has been lost or wasted."

"As a committee we have, however, put together a contingency plan that covers maintaining our opening date of May 23 (should restrictions be lifted by then), but we have also plans that cover not opening at all this year, and everything in between."

She added: "Our commitment is to our local community and we have a fabulous committee here at Billinghay Pool and will pull out all the available stops, at short notice if necessary."

If the 2020 season is totally lost their main aim is to keep finances tight ready for the 2021 season.

Ruskington Bowls Club, like others up and down the county, has cancelled outdoor bowls until the end of June.

They said that essential maintenance to keep the green in a playable condition is arranged and carried out by the 'Green Team'. They said: "For the time being all other members are asked to stay away from the bowls club."

As well as business rate relief and other Government wage support, Sport England has announced a Community Emergency Fund to help community sport and physical activity organisations who are experiencing short term financial hardship or the ceasing of operations due to the ongoing coronavirus crisis.