0 Sports ground robberies increasing - do you know this man?

It has been brought to our attention that there have been numerous thefts across the country with reports of one suspect targeting sports clubs whilst matches are in play. The man that has repeatedly offended has been reported several times however never been caught. His latest incident involved Scalby Cricket Club from Scarborough who played at Sewerby Cricket Club in Bridlington on Saturday.

Scalby Cricket Club played Sewerby 2nds yesterday in the Beckett League. Not long after our arrival at the ground we became aware of an older grey haired gentleman sitting on the benches under the pavilion who seemed quite talkative and pleasant. He seemed to fit in, was knowledgeable about cricket and we just thought he was a Sewerby supporter. At one stage we believe he even helped carry the juice during the drinks break. While we were fielding during the second innings he was seen in our changing room and claimed to have been sorting the toilets. We now believe this to have been a diversion while he stole a total of around £150 from players wallets. This only sunk in after the game when Sewerby said they had never seen him before and thought he was with us, we thought he was with them. This was clearly a very clever and seasoned conman who pulled off a rather clever ruse.

Last night I did an internet search for any similar incidents and was shocked at what I came across. This man appears to be wanted by the police for multiple other incidents across the country where money and valuables were stolen from sports changing rooms. Please refer to the following articles for more information: 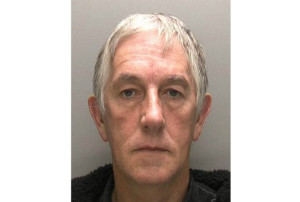 There are also multiple other references to this man Anthony Tye across the net and twitter. He also goes by the name of Alan Philip.

This man is clearly moving around the country and was in Sewerby yesterday. I would advise all sports clubs to be very wary of this man and if seen inform the police.

If anyone can offer any extra information or has any ideas how we can try to publicise more to get this man caught, please get in touch.