A new era has begun for Blackpool non-league club Squires Gate Football Club, with the Marton-based club conducting a thorough recruitment drive to bring in not only a replacement for the outgoing chairman Stuart Hopwood, but a whole new committee 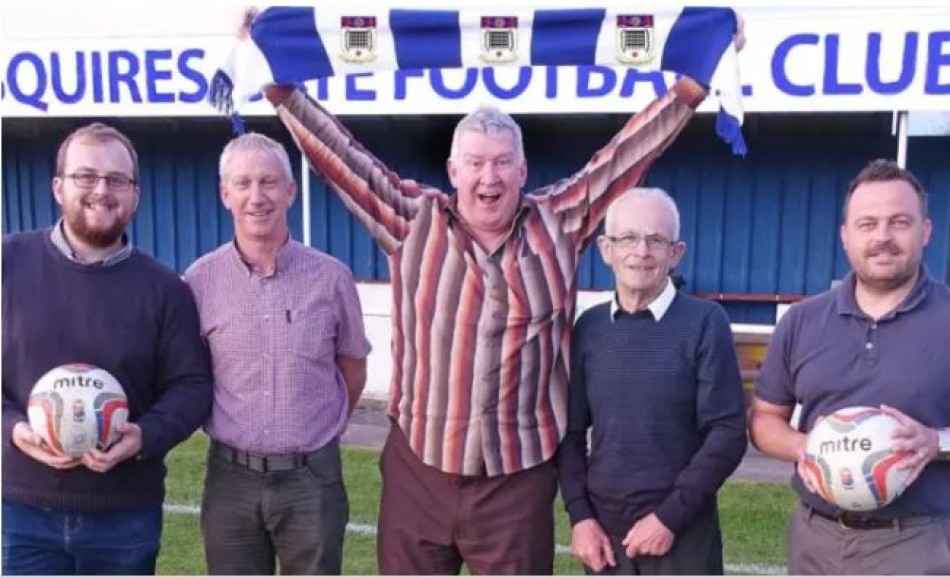 An 11-man committee has been established to push the Hallmark Security League premier division club forward.

This includes club stalwart and much-respected groundsman Brian Addison, who has been voted on to the committee as club president.

A club spokesman said: "Brian does a tireless amount of work for the club and deserves bigger recognition when going to away grounds than 'groundsman'."

"The club can't think of a better title for the man who sums up Squires Gate Football Club."

The role of chairman will be shared between current club secretary John Maguire and comedian, agent and producer Tony Jo.

John has been running the club on a temporary basis and is to continue his role.

Tony is a familiar figure on the Blackpool comedy circuit. He dedicates a lot of his time to local and national charities and his efforts have been recognised with a Variety Club award.

Brian is pictured above second right with other members of the committee.