A father from St Neots has raised more than £14,000 for a mental health charity, after losing his son. 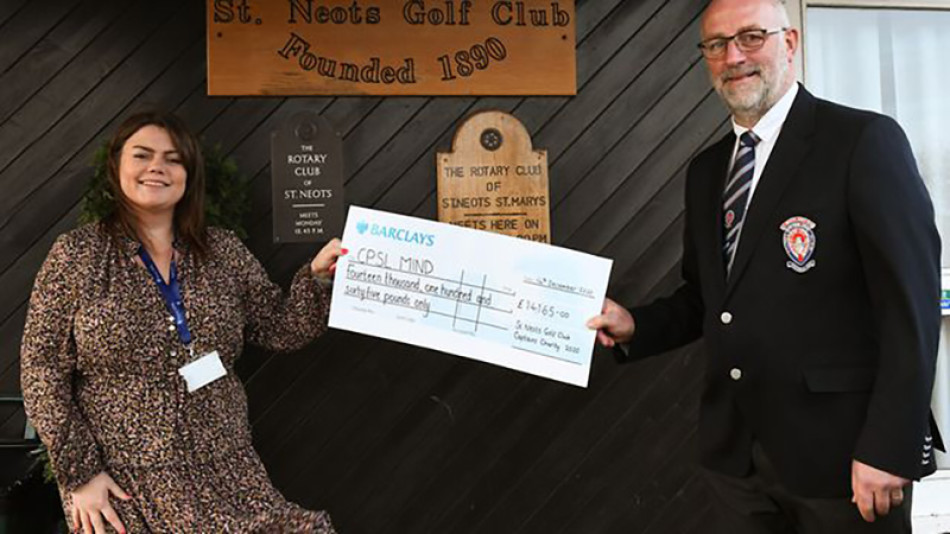 Steven Whitney, from Eaton Socon, and friends from St Neots Golf Club, raised the cash for MIND after losing his son William, who died in February, aged 21.

William, a groundsman at Peterborough United Football Club, died on February 12 this year after taking his own life.

Steven, former Captain of St Neots Golf Club organised a Captain's Day on September 5, where various fundraising events took place to raise the cash and these included a sponsored shave. In an interview with Black Cat Radio breakfast presenter Ste Greenall, Steven said: "William was a hardworking young man, who would have done anything for anyone."

"But he decided to take his own life on February 12th, he left a note stating he had no money and no friends and his life had no worth. "He had over 400 people at his funeral, in fact there were so many at Cambridge Crematorium that they had to put a giant screen outside, friends, family, the whole of the Peterborough United squad. He left a huge hole in all of our lives."

Steven explained to Ste that he only became aware that William was struggling after he died, when he started to put the pieces together of what William had discussed with family members.

Steven said: "I was so proud of that boy, I urge all of you out there with sons and daughters, please talk to your kids."

Zoe Doherty from the Cambridgeshire and Peterborough branch of MIND said: "No parent should ever have to go through this and it is such a tragedy."

"This is a difficult time for everyone's mental health during the pandemic, people are feeling isolated and we are not being able to do the things we normally do, to make ourselves better like meeting people for coffee and connect with others."

"A lot of people are dealing with their health and family members and this can all take it's toll on people's mental health and that is what CPSL Mind is here to support."

If you need support, visit CPSL Mind's website at: www.cpslmind.org.uk/