by Ollie Swan
in Association News, Football, and People
on 07 Nov 2020 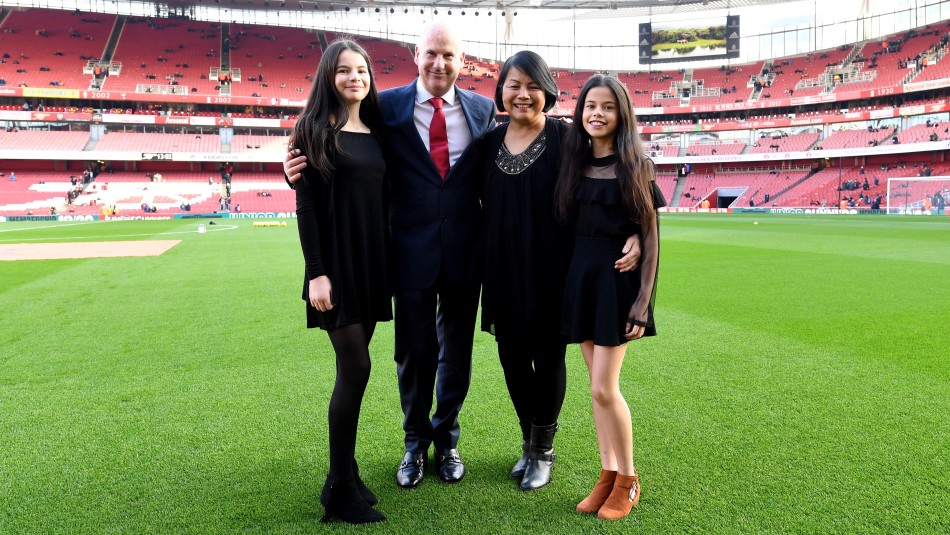 Steve becomes the second recipient of the award, joining the late Eddie Seaward MBE who is the former Head Groundsman at the All-England Lawn Tennis Club. Steve has been recognised for his outstanding contribution to sports turf management across professional football, including his innovation and leadership that has helped attract new talent and upskill other grounds staff.

Steve found himself "in a state of shock" when informed that he has entered the GMA Hall of Fame, especially "considering the contribution that Eddie Seaward made to the sector over the course of his career".

Steve said: "I would never have been able to achieve this without the backing of Arsenal Football Club, John Beattie and Arsène Wenger. They showed incredible belief in all I do, which has enabled me to raise the influence of grounds management and also train and mentor staff in the way I felt right. Of course, I also want to pay tribute to all the past employees, colleagues and suppliers who made my career possible".

In more ordinary circumstances, the GMA would be hosting its annual industry awards this month at its trade exhibition, SALTEX, however the organisation has taken the decision to postpone both the event and the awards. Despite this, the GMA is adding positive news to the agenda by celebrating Steve's remarkable impact and industry influence.

Geoff Webb, CEO of the GMA explained that "it didn't feel right to hold the GMA awards and judge grounds staff for their efforts this year, given the impact of the pandemic."

"This year, grounds staff across the UK have had to contend with more than just the weather and budgets. The role of those who have the incredible skill and dedication when maintaining turf and making sport possible must not be ignored. We have exciting activity in the pipeline to celebrate everyone in our fantastic industry, across all levels, which we will be announcing in the coming months."

Speaking about Steve's award Geoff continued: "I am very honoured to add Steve to the GMA's Hall of Fame. Steve is an inspiration to many in the sector and this unique honour is thoroughly deserved. Both Steve and his colleagues at Arsenal have constantly pushed the boundaries of what was possible, and their high-quality pitches are clear for all to see."

Whilst working from home has been far from ideal for Steve, he still enjoys his "once-a-week dawn raid" where he can enjoy a peaceful walk around his pitches and maintain his fitness levels. Speaking about the honour, Steve said: "I will be forever grateful for such a nice and kind gesture at this very difficult time in my life."