5 Stress (and its effect on First Class cricket groundsmen)

Stress (and its effect on First Class cricket groundsmen) 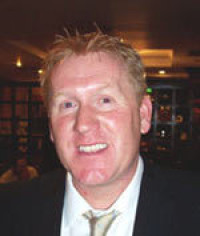 Pressure and the related stress, is the largest concern for a majority of the Head Groundsmen in First Class cricket. While being a taboo subject, due to the 'macho' image of groundsmen and sport in general, stress is nonetheless something that needs to be discussed and acknowledged.

Stress comes at us from many directions:

These are probably the main reasons for the high incidence of Head Groundsmen having to take time off from work due to stress, or stress related illnesses. It can present itself in many ways, from depression, anxiety, tiredness, low morale and self-esteem, even increased alcohol or possibly drug reliance.

I know that at least half the current Head Groundsmen, (9-10 out of the 18 counties) have suffered some form of stress or stress related illness, that's without delving too deeply. There may be more that we don't know about. 50% of the total work force is not a good record. (That figure doesn't include the festival outgrounds or University grounds.)

I think there's an attitude in and around First Class cricket, and indeed around the country in all sports, that every ground should be the very best, all the time. While that may be the ideal we work towards, the reality is usually very different. Preparation time, usage and financial constraints are usually working against the groundsman. The media fosters a lot of this attitude in this country, and is particularly critical with negative and generalised comments. While accepting that the media have a job to do and that they pump much needed revenue into the game, they should also realise that groundsmen do not intentionally create bad pitches. It never seems to be mentioned that captains and coaches have quite an influence over pitch preparation at some, if not most grounds and that this influence affects the performance of the pitch to varying degrees.

There are also an awful lot of other factors that affect pitch performance that the media are probably not even aware of. I think better communication between groundsmen and TV commentators would help this problem. I'm not necessarily suggesting that groundsmen do interviews and the like, but at least some discussion between the two parties prior to the match commencing would clear up some issues. For this to work, the groundsmen need to be honest with regard to their preparation and outside influence. Captains and coaches also need to be honest with their involvement in the selection of the pitches and their preparation.

The points deduction penalty for sub-standard pitches has also led to increased pressure on groundsmen for obvious reasons, but once again, there can be quite a lot of influence from others regarding the type of pitch produced for a certain game. Some grounds have an exceptionally heavy workload with regard to fixtures. This adds to other pressures because there's less recovery time for individual pitches and so worn out pitches are used for matches before they're fit.

Suggesting how best to combat these stressful situations is not easy. Captains and coaches are always going to talk to their home groundsman, and this should be encouraged for better understanding of the difficulties both face in the modern game. However, that's as far as it should go. There should be no 'suggestions, requests or guidance' and the groundsman should be left to get on with what he's paid to do - producing the best possible pitch.

While some grounds do spend a large amount of money on their playing facilities, others are spending the bare minimum. It would be great to see more investment across the board with improved machinery, materials, covering, drainage and irrigation and grounds staff wages. There is money in cricket, but a lot of the time it doesn't find its way into investment for the playing facilities. Fixture congestion is tricky, as the home county decides which matches are played on their ground. It has been said that Head Groundsmen should liase with their Chief Executive Officer (CEO) over fixtures, but this is not always possible or indeed allowed. There may need to be research into the amount of cricket that one pitch can withstand in a season and still meet the required standard. Equally, some research could be done into the recommended period of recovery between matches for used pitches after 4/5 day and 1-day matches. Facts are always more use than educated guesswork.

While appreciating that these are mostly internal county affairs, recognition of these issues from the central governing authority is important and would help to reduce or even alleviate some of these problems.

Another issue that may stem from these problems is where is the next generation of cricket groundsmen are going to come from. Who would want to come into a poorly paid job, with long hours, (especially with floodlit matches becoming more popular) and all this pressure? This is something the County Head Groundsmen have been discussing collectively and are very concerned about. There are no real answers as yet, but we must aim to make being a county cricket groundsman an attractive career once again.