by External source
in Chemicals & Fertilisers
on 12 Apr 2013 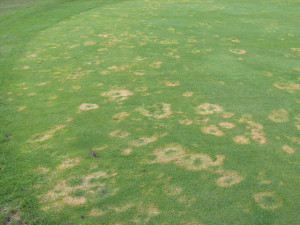 With double digit temperatures predicted later this month, and high levels of precipitation expected, greenkeepers are warned that this sudden increase in warmth and moisture is likely to have a damaging effect on the already stressed turf.

After months of bitter cold, not to mention recurring snow cover, turf grass on greens across the UK, will be significantly weaker and more susceptible to disease outbreak due to the recent harsh conditions.

Bayer's Technical Manager, Dorin Pop notes that the particular disease greenkeepers should watch out for is Microdochium patch. "This disease is renowned for attacking during sudden rises in temperature, and it could have a detrimental effect, given the turf's already debilitated state." 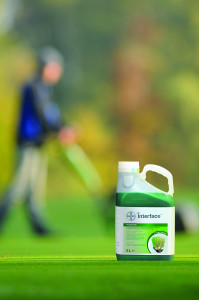 It is these situations; Bayer's newest offering to the fungicide market, Interface™, has a real advantage. Interface™ contains a new and advanced technology called StressGard™ Formulation Technology which delivers a unique combination of active ingredients and turf specific co-formulants.

The treatment is designed specifically to help the product perform well during periods of turf stress.

Interface™ can be applied preventatively, but it is also very effective when used in a curative manner after the disease has developed. It also has eradicant properties, so not only will it cure the disease, it will remove any trace of it as well.

Dorin concludes by warning greenkeepers of the many products that claim to offer similar modes of action. "Although the active ingredients might be the same, the product formulation can be drastically different, leading to variations in efficacy. Only Interface™ contains StressGard™ Formulation Technology.

"By using Interface™, greenkeepers can rest assured that in these high pressure scenarios, where quick and complete control is needed, Interface™ will not only cure and eradicate the disease, it will also improve the quality, colour and overall playability of the green."

Interface™ is available in a 5 litre pack, and can be purchased through all major distributors.

Interface™ is also available in the Pitchcare Shop