As part of their 75th Anniversary celebrations at BTME, on the last day of the show STRI held a programme of events every 75 minutes.

The winners from three of the events were:- 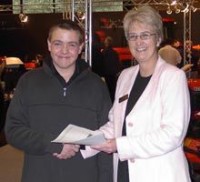 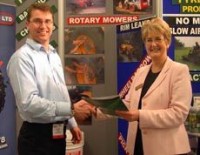 In addition there was the Presentation of the "Turf Professional Sportsturf Project of the Year Award 2003", to STRI's Construction Team, in recognition of the outfield project at Lord's…..award accepted by Rob Everett , STRI (below left). 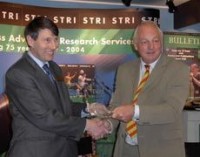 Stuart Ormondroyd , Official Agronomist for the R&A congratulates Neil Metcalf (below right), Royal St Georges Golf Club on his award for "Turf Professional of the Year". 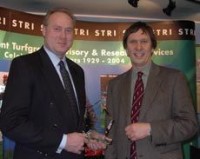