by Wales Online
in General Interest, Health & Safety, and Football
on 01 Apr 2020

A gardener and amateur rugby player from Gorseinon has been labeled 'dad of the year' after converting his back yard into a football pitch for his three children during the lockdown. 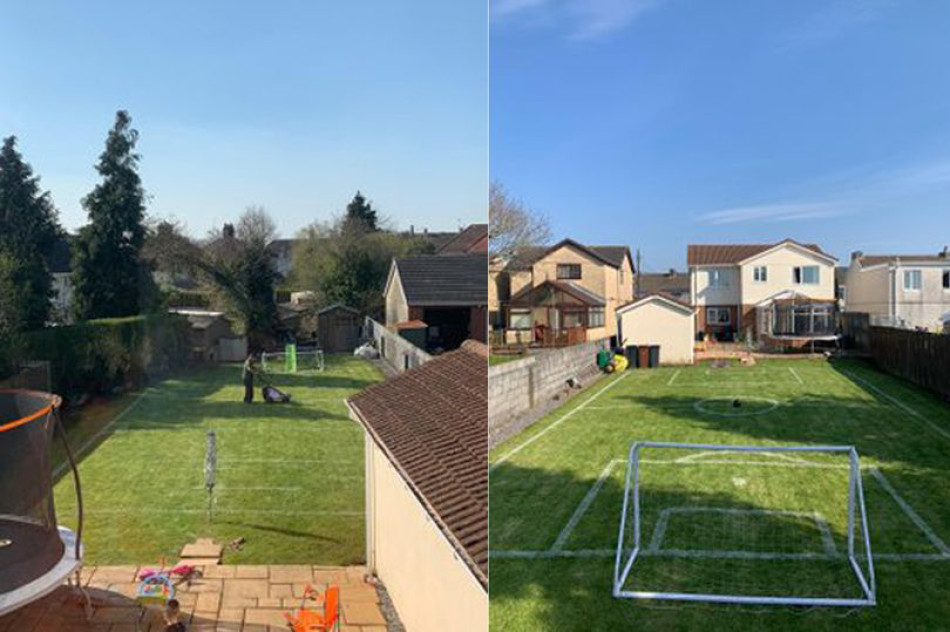 With all football on hold due to the ongoing COVID-19 pandemic, Darren Wilcox was keen to ensure his kids got their football fix while at home, marking out a full football pitch and posting the results to Twitter.

He wrote: "With all this going on and the children missing sport, I thought I'd bring the football to them!"

The pictures caused a huge stir, with several other users left raving at his efforts.

Explaining his decision to bring the magic of the Beautiful Game to his home, the 39-year old said: "Obviously the kids are off school at the moment.

"My son's only four but he plays on a Saturday morning and that's been cancelled. My daughter does gymnastics and she's got stuff to do in the house, so he's missing doing something."

"I mark the fields in the rugby club at Gorseinon RFC. I play for them too, but I've done the pitches since I was about 16. I look after the fields there and I got my hands on the pitch marker to just give him something to enjoy." 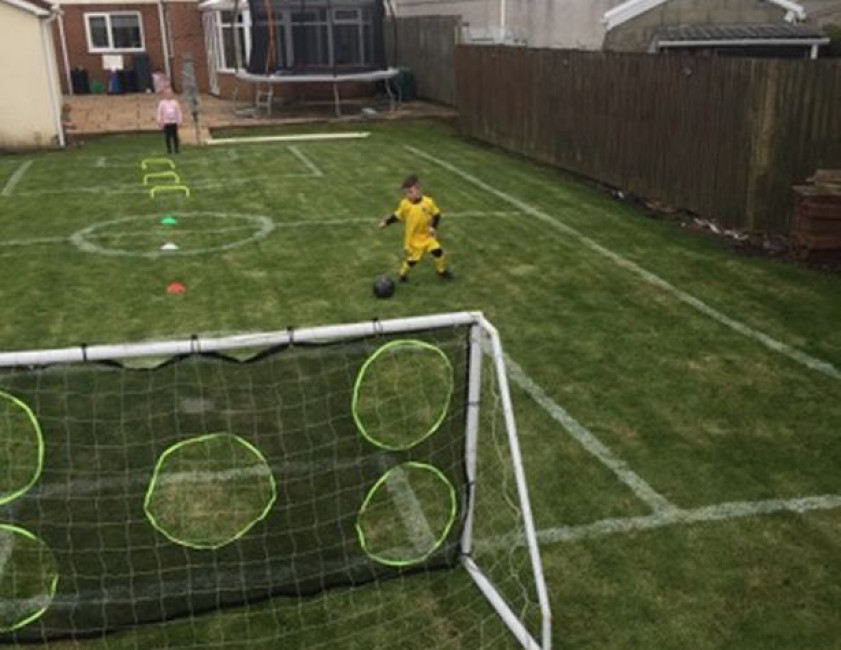 "It took me a little longer than I thought because I'm not used to marking football fields."

"In total it took me about an hour and a half."

Wilcox, who currently owns his own gardening business, has even offered to convert other people's back yards into their very own mini stadiums.

"I actually spoke to another groundsman. He's a professional groundsman at Stebonheath Park in Llanelli, and just asked if I ever want to team up and do a pitch for someone in the garden or whatever, we could go and mark it out."

"As long as there's no contact, we can mark it out."

However, it's clear there's still some work to do on his own mini football pitch.

"We've actually only got one set of goals. So my kids keep asking me when I'm going to build the other goal!"

You can read the original article from Wales Online HERE