IT'S one of the most picturesque sporting venues in South Tyneside - and now it looks even better ahead of a big summer. 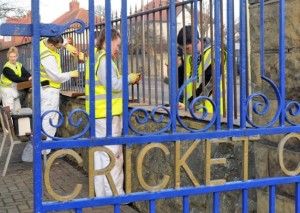 Hardworking students have given Whitburn Cricket Club's ground a makeover ahead of its first season in the NEPL Premier Division. A 40-strong team from Sunderland College spent a whole week at the ground, decorating the clubhouse and surroundings. And club officials were hit for six by the endeavours of the youngsters.

Club groundsman Frank Turns said: "We were very impressed with the skills and attitude shown by the students.

"They completed a number of jobs, including decorating our kitchen and dressing rooms, painting fences, gravelling, planting and landscaping to a professional standard.

"As a result our clubhouse and grounds have been totally transformed." 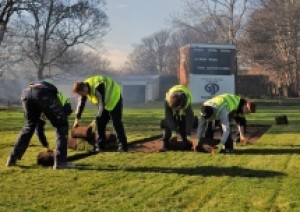 He added "This has been a great experience for our students, allowing them to put the skills they have learned at college into practise and helping them prepare for a career in construction.

"By completing placements like this, students can build up their CV to ensure they stand out when they are looking for employment.

"The college's partnership with the club is now established and their support has been exceptional."

Whitburn Cricket Club, which was formed in 1862, now boasts four senior sides as well as junior sides at various ages.

Last year it was crowned NEPL First Division Champions, earning the club promotion to the Premier Division, the highest level of club cricket played in the region.