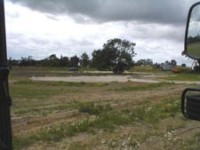 From there I moved to Oaklands Golf and Country Club where I worked my way up the ladder. We built the course in 1989/90 and I stayed there for about 3 years before moving to Richard Campey's as a salesman for 2 years.

That took me out to Denmark. It was 1994 and I went to sell vertidrain and aeration equipment, and I stayed. I have to admit, though, that the new boss was a bit better looking than Richard.

It was a beautiful course which was just run down, it had lost all its natural grasses. I could see that there was amazing potential and I was asked to stay and look after it with the machinery. The club was Falster Golf Club. A new owner had just taken over.

We started on a programme of aeration and overseeding. At the time, there wasn't a lot of grass on the greens. There was Poa, creeping bent and a little normal bent grass. We wanted to produce a fescue bent turf. We did a lot of work on the drainage and updated the irrigation system and, basically, tried to keep the surfaces dry. The best greens now have about 70% bent fescue cover with the worse ones about 50%.

I left there in 1999 to develop another project in Denmark, Smorum golf centre, which is a bent fescue golf course. We built an extension to the course, so it is now the biggest in Scandinavia with 54 holes. There are 62 greens to be precise. The extension was built from scratch. We brought in rootzone to match the existing, which was compost based. It was 17% compost, 2% peat and the rest sand to a USGA specification.

A proper drainage layer, drains, and everything else was put in at the same time. It's a pay and play course that does about 60,000 rounds per year over the main 27 holes. In addition, there is a 9 hole intermediate course and a 9 hole pitch and putt which gets a lot of use. 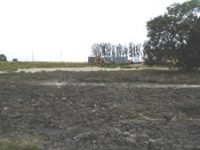 The climate in Denmark is very similar to middle England. Smorum is not by the sea, so you would think there would be a lot of Poa. We do however have an advantage in that Denmark is probably one of the biggest fescue producers in Europe. There is something about the climate that it likes, but it is very difficult to quantify exactly what it is.

Part of the success in getting clubs to accept the need for change has been communication. We've done our homework, we explained our goals and told them where we want to be in a few years.

We know all the restrictions on pesticides, herbicides and fungicides. They are more stringent in Denmark than they are in the UK. I only have one approved herbicide available which is MCPA. We only have one fungicide which won't be re-registered, not because it's banned, but because the company producing it can't sell it. That's Sportak as it is known in Denmark.

Basically, we are having to work without any real pesticides. As most people know, MCPA is not the most effective, especially against clover. We have to find cultural practices and go back to basics. We do a lot of aeration, we try to keep the grass healthy so it competes against the weeds. With the types of natural bents and fescues on the greens, I don't see much of a problem with disease. We don't see much brown patch in Denmark. I haven't seen it and I have been consulting for the Danish Golf Union for two and a half years.

Everything appears to be going the right way to produce a fescue type of grass. Not just one club, there are quite a few clubs, about 12 or 13, that have gone over to fescue programmes. And, they're all working. 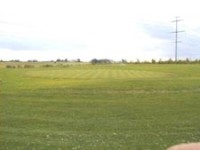 I have just moved from the DGU to a Course Manager's job. We've got 27 holes plus a par 3. The first 9 holes were put down in 1992, the next 9 in 1995 and the last 9 in 2000, all with slightly different rootzones. The first greens were sown with creeping bent, which we are trying to eradicate completely.
We have 3 full time staff and 2 summer help, and 3 hourly paid who come in and cut the fairways 3 times a week. It's nearly a fescue course from wall to wall.

Our regular programme is cutting 6 times a week, normal cutting height of 5mm, verticutting twice a month, with top dressing with a spin top dresser, and supplement every now and again with a very light dressing when we need to pick the speed up. We can generally dictate the speed to how the club wants it. We have 1560 active members and we get about 4,000 green fees each year. In total rounds that's about 45-50,000 per year over 27 holes.
In the summer, we run 6-8mm tines over the greens as often as we can, and cut afterwards. You can't see we've been there. On average, each green gets done once a month.

We had a bit of a problem this year with Take All Patch purely on the bents, and mainly because we pulled away on the nutrient levels a bit to encourage the fescues. We're filling in beautifully with fescue so, in 2 years, we will be nearly on a 70-80% fescue sward.

During the winter, we have temporary greens. If there's a hoar frost, we stay off the greens, but as soon as the ground is completely hard we're back on. The fescue seems to like the climate, and what we're doing with it. I normally renovate twice a year, in spring and autumn. As this is my first year I've managed to get 3 overseedings in.

In terms of fertiliser, we are using a 7:0:14 or a 8:0:0; sometimes we have used a Scotts invigorator 4:0:8 instead of the 7:0:14 if required. We spray with iron regularly, and a little bit of magnesium. Most people judge quality by colour. I can go out one day and the players say the greens aren't very good, then I spray with iron the next day and the players say the greens are fantastic. We have some good fun with that every now and then. 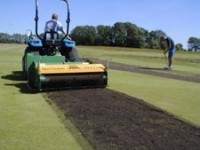 In Denmark, fertilisers are readily available. Other products, as I mentioned, are restricted. With machinery, all the major manufacturers sell here. We are a very well equipped golf course, but we have to be because we have a small number of staff. My ultimate aim would be to increase to about 8 staff, 5 of them full time. Then we could do a lot more of the finishing jobs. We manage to do the bunkers, but areas around trees and signs tend to come last.
On the whole I have a good group of lads who do a very good job. To have a good team is worth its weight in gold. They're all Danish with a good mix of ages, skills and experiences.

I must say I do enjoy my life in Denmark. The quality of life is certainly better and, also, my position tends to be better respected by the golfers. The tax is high, but they have very nice women and good beer.

Photos: The development of the Smorum course.