by David Curtis
in Cricket and Synthetics
on 23 Nov 2014

The FieldLab in Sheffield, which is part of the ProFit project, funded by the European Union, has run a successful trial of informal cricket on a 3g pitch which has widened who plays and allowed play at night. The trial is a perfect example of the FieldLab in action. 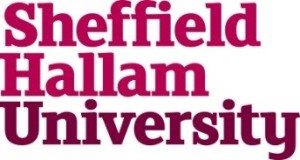 This spring and summer in Sheffield has seen trials of a new informal version of cricket that uses existing 3G artificial football pitches.

Sessions at the U-Mix Centre in Lowfield Park have attracted over 20 people of a wide age range for a two-hour night-time session of informal fast-paced cricket. The organiser Adnan Ilyas commented "many of the players would not traditionally take part in any sport, they are taxi drivers or have other jobs that take most of their time so previously all they tended to do was work and go home to sleep. The informal nature of the sessions and using an all-weather surface with floodlighting allows them to play after work. We just send out a text and they all appear.

The players select two team captains and play anything up to 10 overs a team. It is a short fast format and mirrors the T20 game. Just like any cricket match they get pretty passionate and debates about play and tactics go on late into the night"

The trials are typical of the work being undertaken by Sheffield Hallam University and Sheffield City Council as part of the ProFit FieldLab project, which is being developed in Lowfield Park and co-funded by the Europe Union.

As part of the trials several types of cricket ball were tested to see which worked best on 3G artificial grass, and on two types of roll-out cricket mat - a Flicx plastic mat, and a Notts Sport Powerplay mat. The FieldLab team finally settled on the windball with the 3G artificial turf. The windball is a soft plastic practice ball, and players also found that a bright orange windball was more visible and safer at night. The bounce characteristics of the 3G artificial turf with the windball were surprisingly good, and has the added benefit of making the game quicker to start and finish, having no need to roll out or put away the heavy mats. The initiative has also looked at playing rules that will work with this new form of organised social cricket - taking indoor cricket rules as a basis for the scoring system e.g. what counts as a four or a six in a caged playing area.

The aim is to develop the equivalent of social five a side football for cricket and the evidence so far is that all ages and abilities can play. The format also needs less equipment than the more formal game, particularly with no need for pads or gloves, and it is perfect for inner city areas where space is limited. Not only does it attract a lot of interest from different communities, it also brings back those who have stopped playing due to a lack of time or fitness, and even attracts new participants in to the game.

"We have been working for years to develop a way of using artificial football pitches for cricket but have previously failed to make it work. We are really excited about the development as we know lots of people want to play cricket and struggle to find somewhere to play. Sheffield is leading the world of cricket in this development. As far as we are aware there are no other equivalent leagues in Yorkshire or anywhere else in the country. The FieldLab presence has allowed us to try different types of ball and surface and identify which works best"

"it was a huge success, with both children, young people and adults benefiting from the day, it shows there is great potential to use this site as a cricket participation initiative for children and young people and an informal adults cricket league"

David Curtis at the Centre for Sports Engineering Research Centre, Sheffield Hallam University was excited to see the effect of the trials:

"Testing new ideas with end-users to create a potential innovation in cricket is a great example of the FieldLab concept. An unmet need can be investigated with a local community and a new idea developed with them as co-creators. Cricket on the 3G pitch at Lowfield is an exciting addition to what a facility such as this can provide, and we are keen to see it tested at other venues in the city."

The FieldLab is part of the ProFit project, which is funded by the European Union, under the Interreg IVB North West Europe programme, the Lowfield FieldLab is one of only four of its kind across Europe, and the only one in the UK. This FieldLab for sport innovation is a research and development location in a real-life setting where citizens (children, adults, elderly) engage in sports and play activities. Businesses can install new product prototypes or production models in the FieldLab where the end-users can test them as part of regular activity. Sheffield Hallam is using the FieldLab to collect data on the end-user interaction with the products. The FieldLabs are dynamic, in the sense that it will be refreshed regularly by new innovative products and services to be used and tested.

Anyone interested in informal cricket at Lowfield can contact the U-Mix Centre at Lowfield on 0114 2589601, where they will be setting up a new league in Spring 2015.