0 Super League clubs brace themselves for a delayed 2021

SUPER League clubs are bracing themselves for a delay to the start of the 2021 season. The campaign, which traditionally kicks off at the end of January has already been put back by six weeks to March 11 after the 2020 season ran to the end of November. 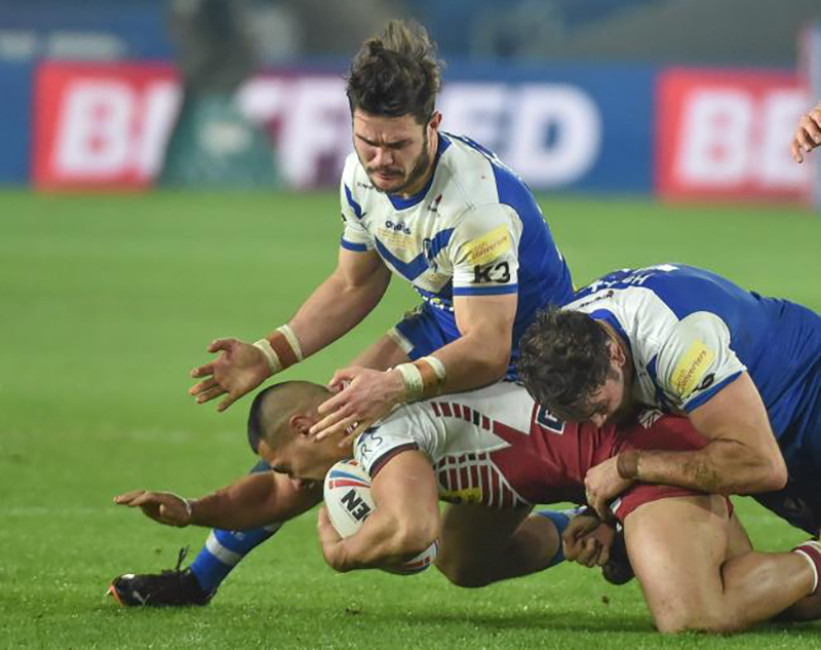 Saints and Wigan in the Grand Final

But with the coronavirus pandemic currently on the rise in the UK, another delay to rugby league's resumption in spring appears inevitable.

A recommendation is expected to be made by the league's fixtures working party when it meets later this week and an announcement is due next week.

"The working group are looking at all the available options," confirmed a Super League spokesperson.

Those options are likely to include a delay of one or two weeks but no decision will be made without the approval of television broadcaster Sky Sports, who is thought to be keen to get the season under way before the start of April.

The fixtures were due to be published in mid-January but the spokesperson confirmed that is now unlikely.

A delay would force a re-think on the planned 27-round format since the new season cannot realistically be extended beyond the scheduled October 9 Grand Final with the 2021 World Cup due to start a fortnight later.

Officials are unlikely to add to the players' workload by arranging more midweek fixtures so a reduction in the number of games could put the Magic Weekend under threat.

Alternatively, clubs could decide to remove the four extra "loop" fixtures, even though it would mean reduced income.

A delay would also create more scope for the return of crowds, which is seen as essential for the long-term survival of the clubs.

It seems inevitable that matches will initially once more be played behind closed doors and in double or triple-headers at Covid-secure stadia and fixtures are set to be backloaded in the hope that the more attractive matches can be played in front of fans.

All Super League clubs, with the exception of Catalans Dragons, have returned to training and are undertaking Covid-19 testing but some are still awaiting the arrival of overseas players.

Meanwhile, the Championship and League 1 clubs will meet on Wednesday to debate their 2021 season, with the proposed start date of February 27 in serious doubt.

As with Super League clubs, they are viewed as elite sports so can play on during the pandemic but the Rugby Football League advised them to pause their pre-season training programmes for a fortnight after the Government brought in the latest lockdown.

The RFL also postponed the fixtures announcement as well as the draw for the first two rounds of the Challenge Cup.

The cup was due to get under way for the second and third-tier clubs on the first weekend of March and needs to get down to the last four before the Super League sides enter on the weekend of April 10.