by Reg Clark
in Industry News, Rugby, Football, and Synthetics
on 26 Feb 2016 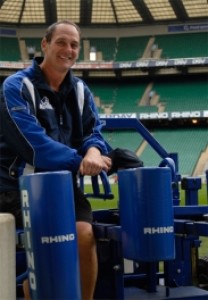 The recent controversy over the possible carcinogenic effects of the 'rubber crumb' infill used on most artificial sports pitches has, in my opinion, highlighted some serious structural flaws in the way the governing bodies of leading sports have managed this rapidly growing product area.

FIFA, the FA, World Rugby and the RFU have all in recent years pursued a fundamentally flawed approach to the issue of running 'approved supplier' panels for the supply of artificial turf for sporting surfaces. They have created a 'manufacturer based' process - that is they have based it on periodically choosing a relatively small panel of manufacturers of artificial turf (ie the 'carpet' itself) whose product must be used on projects funded by those bodies and their related charitable foundations.

Whilst no doubt in choosing these panels of approved suppliers, they have exercised judgement as to quality of product, the key issue is that the installation of an artificial turf sports pitch is fundamentally a process, not a product. This business lies firmly in the construction industry field, and it is primarily civil engineering firms which tender for pitch contracts, often as part of bigger facilities projects, and who in turn appoint installation companies to install the actual surfaces. An artificial turf pitch for sport consists of a drainage system, including suitable laying of crushed stone/gravel; a bounce mat; then the carpet, and after the laying of the carpet considerable volumes of sand and crushed rubber crumb (usually compacted car tyres). The difference between a good pitch and a bad one lies primarily in the art of the installer rather than the quality of the carpet. For that reason a panel of 'approved suppliers' based on the quality of the carpet only is not commercially logical.

Let me declare my commercial position on this. Rhino-Turf is exclusively supplied to my Licensee (Easigrass Sports, an installer) by CC Grass, the world's largest manufacturer of carpet based in Nanjing, China. CCG are a FIFA approved supplier, but have now, within the last 12 months, failed in applications for approved supplier status, firstly to a joint FA/RFU panel and then to World Rugby. What these decisions are based on is not clear but, as the carpet itself is a relatively minor part of the viability of an artificial turf sports pitch, it cannot primarily be safety.

The FA/RFU panel has 6 suppliers, World Rugby 7 and FIFA 9. There are arguably dozens of installers globally and in the UK who can perform this work, and to exclude many of them from publicly and charitably funded projects because of their lack of supply relationship with a small number of carpet manufacturers seems to me an unjustifiable restriction of trade. We have considered a legal challenge based on monopoly/competition grounds, as Rhino-Turf is now effectively excluded from the vast majority of the global market for artificial pitches for rugby - despite having proved our credentials by installing state of the art pitches for Ealing Trailfinders, for London Irish's new training ground, and, additionally, in facilities in New Zealand, Asia and South Africa.

Concerning the current dispute over the use of rubber crumb on these pitches and the allegations that it may cause cancer, I make no comment on this, except to say it's an issue which must obviously be investigated very seriously. The industry will now no doubt begin to seek alternative ways to achieve the same effect with other substances and products. The point is, however, that the panels of 'approved suppliers' chosen by the FA/RFU, FIFA and World Rugby, and who pay their annual fee for that status (sums thought to range from $30k/£21.5k to $400k/£288k), have only secondary influence on or involvement in this critical issue. It is the significant number of installers and the civil engineering firms working in this area who must address this issue in the first place. The degree to which they can work on the issue in tandem with the governing bodies of soccer and rugby globally is, however, largely dictated by their relationship with a very limited selection of manufacturers of only one part of the whole supply process viewed either by product or value.

The FA says it's going to install/fund 500 new pitches in the coming years; the RFU recently announced a target of 100. That is a phenomenal amount of business to restrict to a limited number of manufacturers of carpet., who then in turn by their patronage of installers, effectively control the industry on a global basis. It's unlikely that these approval procedures could stand up to rigorous examination in terms of UK, European or international competition law and, more immediately importantly, the structure is completely unsuited to addressing the first and very important technical challenge that this nascent but fast growing part of the sports industry has faced.

Reg Clark is Group CEO of Rhino-Powa Holdings Ltd. The group runs a wide ranging geographical and product based licensing programme based on the Rhino brand, including the Rhino-Turf range of artificial sports surfaces in partnership with Easigrass Sports Ltd. The views expressed here are the author's own.