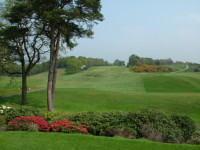 There has been lot of debate recently about sustainable golf. At this year's Harrogate Show there were two days dedicated to the issue with guest speakers promoting the many benefits of sustainable golf.

The R&A are actively promoting the concept, their definition of sustainability in relation to golf course development and management is: 'Optimizing the playing quality of the golf course in harmony with the conservation of its natural environment under economically sound and socially responsible management'. 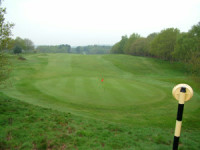 Without doubt the phrase 'sustainable golf' seems to have hit a chord with many people in the industry. Back in the 1970s most courses were managed with limited resources and with little or no major inputs of water and feeds. There were no wetting agents or micro life products in those days. Most courses just about managed to keep their grass cut on a weekly cycle with the staff they had.

Modern technologies and growing expectations of players have had a major impact on the game, with a resultant increase in inputs of resources (material and manpower) to produce all year round consistent conditions.

The question is do we want courses to look and perform the same all year round, and be a drain on resources?

There is one course in the country that has resisted the temptation to follow modern trends. Delamere Forest in Cheshire has not changed its maintenance approach in its 96 years of existence. Through the grapevine I had heard some interesting claims about the course, in particular that no irrigation was in use, and hadn't been for some time..

I met up with the Head Greenkeeper, Andy Ralphs, who has worked at the club since 1989. Andy took over the head greenkeeping role nine years ago when Jim Astbury retired. Many of the practices undertaken during Jim's 50 years at Delamere are still carried out today.

Founded in 1910, the course was designed and constructed by W H Fowler (who also designed the Old Course at Walton Heath) who made the most of the natural undulating land. Little has changed in almost a century, including the club house and grounds.

Set in the heart of the Delamere Forest the course rolls amidst wonderful wooded plantations and natural heathland. Fowler had no qualms about challenging the golfer with a number of blind drives and testing their stamina with some punishing hill climbs. The first hole sets the tone, a difficult 430 yard par 4, requiring an 80 yard carry onto an uphill fairway.

Renowned for being one of the best inland heathland courses I was keen to see if Delamere Forest was living up to its reputation.

First impressions count for a lot. The greens had excellent colour with a dense sward, overall the course looked very tidy, well-managed fairways, semi rough and rough areas were all clean and sharp. Andy introduced me to his staff, a fairly young group of lads, all very keen to further their careers in greenkeeping and all attending college to gain qualifications.

I asked Andy about his watering regimes and was surprised to learn that the last time he applied any water to the course was in back in 2003 when there was a prolonged spell of dry weather. They did a bit of localised hand watering to help prevent some of the greens from dying off completely

Not only is watering avoided, feeding is rarely undertaken either. There is an application of lawn sand on the greens at the start of every season and a couple of application of seaweed, but other than that, nothing.

The club have never sought to install an automated watering system, they simply do not need one, they let nature takes its course.

For the last four years Andy has been working closely with Alistair Beggs from STRI to monitor and to improve the bent/fescue densities in his greens. This work involves oversowing with fescue grasses in the spring followed, in late August, with a second sowing of bents and fescues as part of the autumn renovations.

This programme, together with the none feeding and non watering policies, has ensured the poa grasses are always under stress. In fact Andy looks forward to dry summers, as they help the bents and fescues and retard the poa.

Alistair visits twice a year to monitor and report on the sward composition. The following table gives details of the percentage of grasses found in the greens:-

The low bent grass populations on a few of the greens were brought about by solid tinning spots, which often became prone to ponding after rain. Andy arranged a programme of localised deep aeration, using a vertidrain machine, to rectify the problems.

I was amazed to hear that the greens had only ever been vertidrained twice previously, once in the 1980's and the other in 2006.

Andy and his team have a straightforward philosophy, "We keep things simple here, we just do the basics, the course tends to look after itself".

The course is built on Cheshire sandy loam, all the greens are soil pushed up and have remained the same since they were first constructed. Having well drained soil helps enormously, the club is open 365 days a year, and the greens, tees and fairway are able to cope with the wear and tear generated by the 450 full members, plus 5 day members as well.

Andy applies wetting agents (Vitax granular & Breaker triple) on greens and tees to aid rain water infiltration. The granular is applied at the start of the growing season followed up with a monthly application of the Breaker until August.

The greens are mowed at weekends with ride-ons, it takes one member of staff just two hours to cut them all, during the week the greens are cut daily using hand mowers taking 3 staff around 1.5 hours to complete.

Apart from a slight variation of 1mm on the greens, there is no difference between the winter and summer grass cutting regimes:-

The greens are verticut to a depth of 1mm on a fortnightly basis to thin out the sward and to stand the bents and fescues up for mowing. The greens speed is very fast especially during dry weather; the average stimpmeter reading is 9-10 ft. The readings used to be taken by the greenkeeping staff, but now they recorded by a member of the greens committee. Keeping the greens mean and lean has also prevented any significant disease outbreaks, only suffering the occasional odd spot of fusarium, which is spot treated. Blanket spraying is not carried out anywhere on the course, the sprayer is only ever used for applying wetting agents.

The relationship between the members and the greens staff could not be better. Most of the members have been with the club a long time and they all know how good the course plays compared too many others. Andy also provides the greens committee with a diary of maintenance so they know what is going on, "They are happy with the way we manage things and the good results we achieve with the regimes we employ. Therefore, they tend to support what we do."

The rough is predominantly natural fescue grasses, gorse and heather which provide a tough penalty to the golfers with many balls being lost. This year, Andy is looking to carry out some scarification works to thin out the grass and to reduce the problem of lost balls.

Tees and greens are aerated using the Toro Workman fitted with SISIS knife blades (150-200mm) every two weeks from September to March, weather permitting. The greens are also solid tined on a monthly basis during the same period, and solid tined monthly in the growing season.

Top dressing of the greens is carried out in the spring and autumn, with further light dressings applied on 3-4 weekly basis during the summer. Andy used to make his own top dressings, using the sand from the club's own sand quarry and compost they had collected, however this was becoming too time consuming so now they buy in. 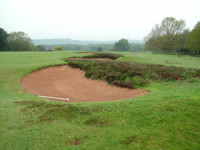 With 78 bunkers there is always plenty of work required. One of the biggest problems is rabbits, the course is full of them. Andy operates a gassing and shooting programme to keep numbers down and reduce the damage.

This year the staff have refurbished a number of bunkers re-facing, re-turfing and topping up with sand. A task made easier by the fact that they have a convenient supply from their own sand quarry situated on the course.

Maintaining the balance for gorse and heather is paramount on a heathland course, Andy explained "We do not want the gorse to get too high and leggy, we carry out cutting and burning programmes to keep it under control. Managing the heather is a bit more difficult, we are trying hard to establish new plantations but it is not easy. We collect seed and sow in new areas, and then wait to see what comes of it."

There is a lot of woodland work, keeping plantations thinned out to allow regeneration of heathland plants. Andy has recently had meetings with the Forestry Commission to establish what he can do to clear out some dense woodland scrub areas that run along the railway lines, with the aim of opening up the land to re establish more heather and gorse plantations. In the old when the steam trains ran down the line, the heat from them kept the ground clear of vegetation.

Wildlife is abundant, including a healthy adder population, so the staff have to be mindful of the dangers when working in rough ground.

Having driven around the course and seen the results of reducing inputs of water and feed, I feel in a stronger position to support the merits of sustainable golf. However, not every course is like Delamere Forest, it has the advantage of years of top quality consistent greenkeeping, plus a few other factors:-

As far as sustainability is concerned Delamere Forest is an outstanding example. Their approach, I am sure, is one that will enable them to thrive for another 96 years. The key, of course, is to have a Head Greenkeeper who is prepared to stick to tried and tested methods, old values without the need for large doses of chemicals, feed and water.