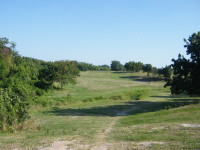 Swan Golf Designs is set to expand its pioneering work to a new country as it puts yet another course on the international golfing map - this time in Tanzania.
Howard Swan, architect at the Practice based in Essex, England, has just returned from a trip to The TPDF Lugalo Club in Dar Es Salaam with a view to setting the project in motion at the start of 2011.

The intent is to create the country's first course designed, built and maintained to a true international standard. The existing 18 holes will be revised and upgraded and comprehensive academy and practice facilities (including a FIRSTGOLFAfrica course and training centre) put in place. It is also the aim to enlarge and improve the existing clubhouse and eventually establish a Country Club with a dormy house, spa, swimming pool and recreational facilities. The Club, owned by the country's Army (the Tanzanian Peoples' Defence Forces), will be open to members, visitors, holiday makers from the nearby Dar Es Salaam hotels and to the public at large. 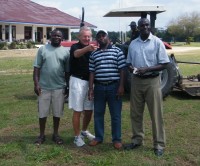 Swan Golf Designs originally visited in 2008 when possibilities for developing the original, basic nine holes were being explored. Using its own resources and engineering expertise, the Club increased the layout to eighteen holes. The resultant design opened for play in 2009 but is ripe for the improvements that this exciting project will bring.

Howard Swan says: "It will be a challenge to produce a course of true international standard in a country that has nothing like it already. We aim to create a place were beginners can come and learn the game but also where the public, and pros, can play at the highest level. Our remit will not only be to act as golf course architects in laying out the course but to help the Tanzanians establish training programmes through FIRSTGOLFAfrica, as the game of golf expands in the country.

"It is very exciting for us to pioneer like this. We have already done so in Libya, Lebanon, Mongolia, Nigeria, Brazil and most notably in India, and are greatly looking forward to continuing in East Africa" Tanzania has very few golf courses, with only one other in Dar Es Salaam, The Gymkhana Club, having 18 holes. The plan for The Lugalo Club is ambitious yet attainable under Swan Golf Design's expert guidance. With golf included in the Olympic Games from 2016 onwards, the Tanzanian Government and Sports Ministry are recognising the growth of the game and may well be hoping to expand the country's sporting achievements to include a golfing medal to sit alongside their successes in athletics and boxing.