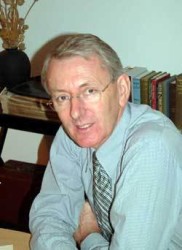 Construction on the 6,631 yard Par 71 layout began back in 2001 following a six month planning and design process. Swan Golf Designs were appointed by the developers in 2000 to refine the course as 18 holes from an original 27 hole masterplan.

The end result is a memorable layout with "an inland links feel", open expanses, distinctive sleeper bunkers, gentle swales and four sets of tees to accommodate various levels of golfing ability. The opening nine is probably the more forgiving of the two halves with some superb undulating holes sweeping down into the valley making club selection even trickier. The 8th hole sounds simple a mere flick at 130 yards but Swan has created an eye-catching island green which adds to the difficultly of the shot and severity of the hole. The back nine is slightly longer at 3,416 yards but equally impressive and hazards are strategically placed to make the golfer think carefully about club selection.

Blakes Golf Club which will operate on a pay and play basis with a limited membership is also home to the Scott Cranfield Golf Academy with a bay driving range and a designated chipping and bunker practice area for players to hone their skills on. The clubhouse is now fully operational with a stylish restaurant and fully appointed locker rooms and

Elsewhere, the team of seven professional designers at Swan Golf Designs are currently working in 30 countries, from the USA, where the highly successful Eagle Creek Resort in Orlando is now open to new design projects in China.