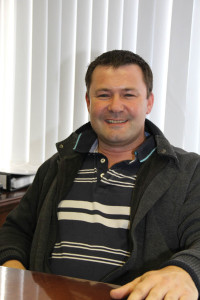 I can't help but have total empathy with all of you involved in trying to keep playing surfaces open and playable during the past two months. It has been an altogether testing time, with nearly the whole of the UK at continued saturation point.

Whilst the wet weather has been relentless, BTME proved to be a haven for many to 'dry out' and enjoy what has become the premier turf show in the industry. Suggesting 'record' attendances may have been written with a degree of artistic licence, given the show occupies less hall space than it once did; but there was, nonetheless, plenty of optimism.

The Windsor show is definitely falling way behind by comparison, and is fast losing favour with exhibitors and punters alike. I sense that, maybe, it is just a matter of time before it closes in its current state.

In many ways, it would be more beneficial for the turfcare industry if the Harrogate format was moved to a more central location under the joint banner of BIGGA and IOG, and truly become Europe's premier turf show. It would really help to change the image of our industry and encourage more attendees, from both home and abroad.

Recently, we had a thread on the Pitchcare message board about the IOG being 'out of touch with the grassroots', a criticism that is levelled on a regular basis.

The general consensus is that, whilst the organisation may appear to be working hard to improve its image, when the gloss is removed, there is little substance beneath. The guys at the top venues seem to be lauded and looked after, however, this does nothing but alienate the rank and file as they see their efforts being given scant recognition.

Their recent awards ceremony, also the topic of a message board discussion, offers lots of glamour on the day, but the nomination system only serves to upset the majority of grassroots groundstaff, as the bigger venues and the same high profile individuals generally win.

I suppose the fact that the trade attendees at the awards outnumber actual groundsmen tells its own story. Until the IOG makes the effort to reach the true grassroot workers, then these awards will only reinforce the view of many that it as an elitist organisation.

It is true to say that the IOG has prospered in some areas; namely accessing significant funding from the various sports governing bodies for a wide range of initiatives and projects which, I am sure, have greatly benefitted some sections of our industry. However, I can only sit and ponder how much more efficient the organisation would have been, and how much more beneficial for the industry, had the IOG chosen to work with Pitchcare's ability to access so many more people, rather than seeing us as a threat.

On a final note, it seems such a shame that, with all the potential opportunities of the IOG awards, in terms of presenting our industry in the best professional light that, in front of an audience including an esteemed keynote speaker, Jennie Price, the CEO for Sport England, Mr Geoff Webb decided to use the 'F' word twice in his welcoming speech. You couldn't make it up!