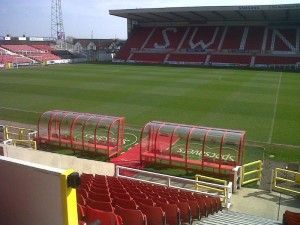 Swindon Town FC has agreed a three-year contract with British Seed Houses to supply grass seed and fertiliser to build on a winning partnership.

The quality of the pitch at the County Ground has been recognised as top class with Head Groundsman Marcus Cassidy winning the npower League One Pitch of the Year Award for the 2012/13 season.

Marcus said: "It's not just a prestige award for me personally; it is also great for the club, for British Seed Houses and for our pitch renovations contractor Ecosol. It has been a team effort."

The club's new owners have recognised this support by announcing three-year deals with both suppliers so they can continue the pitch maintenance and improvement programme.

Marcus has worked at Swindon Town for 12 years. "I have seen the club evolve from having a park pitch to a high class sports surface. Over the last four to five seasons I have worked very closely with Joe Hendy of British Seed Houses and the results are clear to see," he explained.

"After going through the worst winter in my 12 years here the pitch has stood up to the rigours of the weather. Football pitches have evolved over the years and greater standards are expected. I'm pleased to say the club is looking forward and maintaining its investment to continue to make improvements." 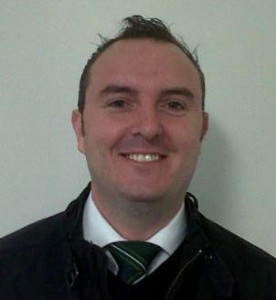 Annual soil samples are taken from the pitch for analysis to ensure the right balance is achieved and to check what nutrients are required and to make comparisons from year to year for optimum treatment.

Joe said: "There is real attention to detail and it makes a difference. Marcus tells me what he requires and outlines the nutrient programme he would like to put in place. I make recommendations of which of our products to apply and when, to match Marcus's needs."

Marcus selects his own bespoke Your A20 grass seed mixture based around British Seed Houses' A20 Premier Ryesport and working with Joe works out a full season's nutrition plan.

Joe said: "Using our 'Grade A' amenity grass seed and fertilisers, coupled with the care Marcus provides, has paid dividends. Last October/November he was considering re-seeding the pitch but its condition meant it was not required and that is testament to the work that has gone into its improvement.

"I was delighted for Marcus when he won the League One Pitch of the Year Award. It was well deserved because the pitch looks really good and Marcus looks after it very well." 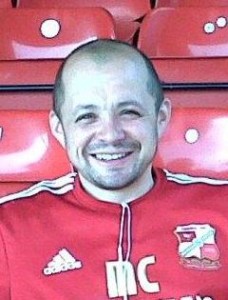 Joe added: "We have built up a trust and a strong working relationship over the years and I am looking forward to continuing that in the future."

The fertiliser plan for the new season at Swindon Town aims to keep nutrition available to the plant throughout the 2013/14 season. It starts at pre-seed stage in June with an application of specialist fertiliser Fertilis Swing, containing Bacillus subtilis strain E4-CDX, to protect young plants from soil borne seedling diseases.

In the crucial first eight weeks growing-in stage, applications of granular feed are made and also the first application of the slow release fertiliser Floranid Permanent.

To encourage lateral growth Pure Max will be applied in August and September. It will be used in conjunction with Vitanica RZ containing Bacillus amyloliquefaciens Strain R6-CDX, the liquid form of Bacillus subtilis.

To help prepare for the stress of winter liquid Vitanica Si with silicone and granule Kali Gazon will be applied.

Four slow release feeds will be used through the season - Floranid Turf, Floranid Permanent, Floranid Club and a further Floranid Turf in the spring.