by Football Foundation
in Synthetics and Football
on 04 Oct 2018

Swindon Town FC manager Phil Brown officially opened a new state-of-the-art 3G artificial grass pitch at New College Swindon last week. Their new facility was made possible thanks to investment from the Premier League & The FA Facilities Fund, which is delivered by the Football Foundation. 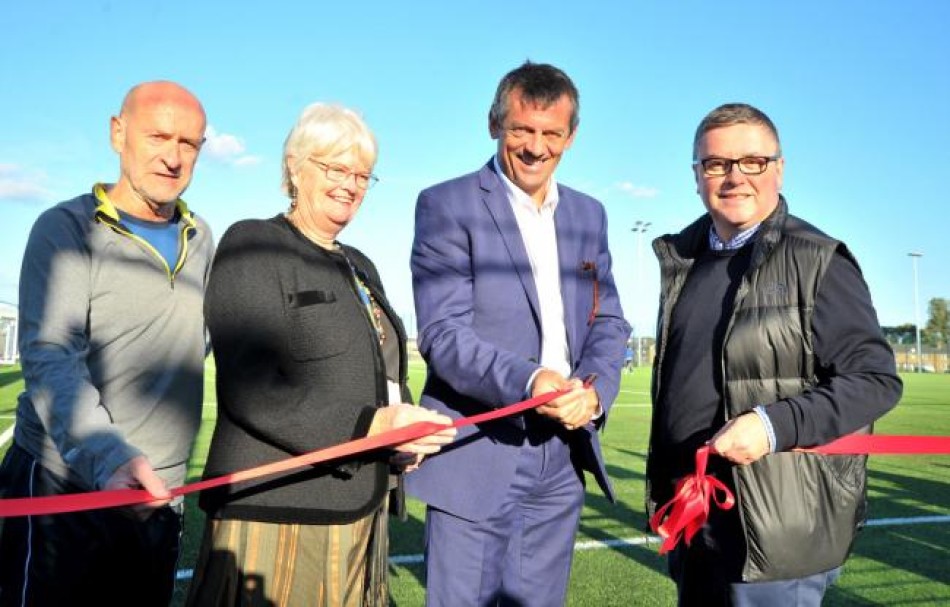 The grant enabled New College Swindon to install the all-weather pitch, replacing a grass pitch that was unsuitable for football due to inadequate drainage. This made it prone to waterlogging during harsh weather conditions in the winter months.

One of the main beneficiaries of the facility will be the New College Football Academy, which was established over 15 years ago. Former Swindon Town FC defender Paul Bodin formulated the academy with Ian Howell, who now manages it. The academy currently operates three teams and has approximately 50 players, with the sides competing in the Hellenic Football League.

The 3G AGP has been installed with floodlights, enabling increased capacity and availability of the college's facilities thanks to it being usable during the evening. Not only will players of the New College Football Academy benefit from the facility, but also local community groups and sports teams will enjoy using a modern sports facility to train and play on.

Partner clubs, Swindon Robins FC, Swindon Spitfires FC and Croft Juniors FC will all use the site for training sessions throughout the week. In addition to this, Swindon Primary Schools FA will be using the pitch weekly to work with some of the most talented young players from local primary schools.

New College Swindon were awarded a £479,461 grant from the Premier League & The FA Facilities Fund towards the project. The college worked alongside the Football Foundation and the Wiltshire FA to compile a five-year Football Development Plan, which is a vision of how sport will be played on site with an emphasis on increasing participation.

Swindon Town FC will use the site as part of a pro club link with New College Swindon. The club's Level 3 apprentices will use the facility three times per week for pre-match training, skills, sport specific and player specific development.

The number of teams using the new pitch is set to grow from 22 to 36 teams in junior and adult formats, with the number of teams in the 14-18 age range doubling. This will support a predicted increase of nearly 250 players over the next five years and is expected to result in a 72% increase in football participation on the site.