by Anthony Darker
in Conservation & Ecology
on 08 Mar 2015 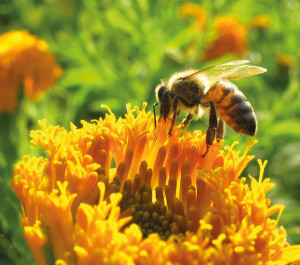 Anthony Darker, First Assistant Greenkeeper at Elsham Golf Club, explains how the club got involved in Syngenta's Operation Pollinator programme and how they became winners of the overall award in 2015, against some stiff and high profile opposition.

Elsham golf course was established in 1900. It is a parkland/heathland course located in North Lincolnshire. Regarded by Today's Golfer magazine as being one of the top one hundred 'hidden gems' in the UK, the course covers an area of 115 acres and measures 6,426 yards, par 71 for men and 5,682 yards, par 73 for ladies.

The club are honoured to have 'local lad', Tony Jacklin, as an honorary member.

"Back in 2011, our team of greenkeepers went to an Operation Pollinator seminar where they talked you through ways of achieving the goal of making your course more environmental friendly and how to work the ground to achieve the best results for potential wildflower areas.

That year, we selected areas on the course that were out of play. These areas were just scrub and 'unpretty' looking areas with thick broad-leafed grasses. We began by cutting the areas down to approximately 50mm, cleared all debris and then, to kill the broad-leafed grasses, sprayed with Rescue. 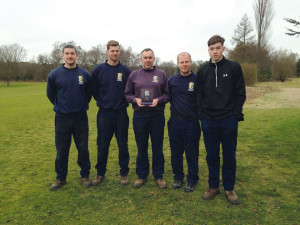 Within three weeks, the grasses had wilted, so the areas were then cut back, removing about 60% of the sward, before scarifying in two directions and removing any excess debris.

For the first eighteen months, we didn't see a great change. There were a couple of areas with birds-foot trefoil and red clover, but not much, and it wasn't until 2013 that we started to see a big change; what were once bland, colourless areas were awash with colour and crawling with bees, butterflies, moths and no end of insects that we hadn't seen on the course prior to the work being carried out.

Log piles, brash piles and insect hotels, for this influx of insects to take refuge in, were put out on the course and, to help get the members involved, we had signs made out of fallen trees - with the Operation Pollinator sign hand painted on them - which were placed around the course,

In 2014, we entered the award and were shortlisted to the final four; the other courses were St Andrews, Bowood Golf and Country Club and Ely City Golf Club.

We were just pleased to have made it this far so, when we heard that we had actually won the award against such fine opposition, we were speechless. It proves that it doesn't matter how small you are, everything is possible when you work at it."

Golf courses can provide essential sanctuaries for bumblebees and other beneficial insect species.

Environmental enhancement of relatively undisturbed out of play areas can provide the perfect location for immensely valuable ecological habitats. 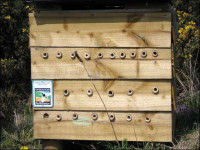 With the right management, designated areas can provide ideal habitat for a vast array of vital pollinating insects, as well as enhancing the visual appeal and overall enjoyment for players.

Syngenta Operation Pollinator gives UK and Ireland greenkeepers and golf course managers the tools and skills to successfully and cost effectively establish and manage attractive wildflower resources that are crucial for bumblebees and pollinating insects, whilst enhancing the visual appearance of the course and the overall playing experience.

Operation Pollinator guidelines and advice has been developed specifically for golf courses in conjunction with specialist ecologists and agronomists.

What Operation Pollinator can deliver for the golf course?

Creating half a hectare of Operation Pollinator habitat on the golf course is an equivalent area of more than 600 golf club members each creating a 4m x 2m wildflower area at home, and delivers a living and aesthetically pleasing focus for environmental work on the course.

A more detailed article will appear later this year.