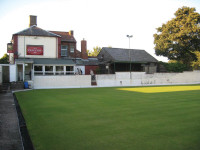 "The bowlers had never had to pay previously, so they deserted the parks and joined private clubs to pay at least treble that amount!"

Bowling in Britain - is it under threat? It is not the fact that bowling, per se, is under threat, rather that, dependant on the area and/or code, the loss of greens is a big problem. The loss of clubs and bowlers is a separate problem which, in time, might become a threat to the game itself.

Perceptions on the state of the game vary; bowlers say the game is all but dead, whilst British Crown Green point to last year's figures for new members to say that, not that the game is dead, or at the best dying, but it is healthy.

Last year, the British Crown Green Bowls Association (BCGBA) registered 4,981 new members, which broke down as 3,733 male, 864 female, 384 juniors of both sexes. Sport England has given £750k to the Bowls Development Alliance (BDA), and that doesn't seem to be the reaction to a game that is dying.

The objectives of the BDA are to grow the sport, to sustain membership of clubs, to develop a unified coaching framework, to develop the bowls workforce - coaches, referees, and volunteers, improve access to the sport. One of the criteria specified by Sport England will revolve around engaging with health partners and age agencies that specifically target the 65+ group. 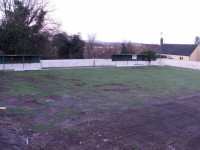 The targeting of the 65+ groups has been severely criticised in some Crown Green areas, at the expense of the BDA losing possible support. That is unfair, as it is not the BDA's idea but Sport England's, and that is brought about by the game being recognised as a game for everyone, and to help people with reduced health and mobility to become more active and to socialise.

The factions that support the dead or dying theory are the experienced bowlers, especially in Crown Green, who have experienced the days when competitions such as the Waterloo and the Bass Masters were live on terrestrial TV, sponsors for competitions were plentiful and prize money was good. Entries were to be made soon or the best comps filled up. Tickets for the final days of the Waterloo were only available if you had played in the competition, and then applied by a certain date, sending proof of your entry to the organiser.

Another big change to affect the game was the closure of large engineering plants, pits etc. Clubs were formed at these plants, first class greens were attached to sports and social clubs which closed with the plant. As the redundancy money dwindled, so too did the number of games played, wives had joined husbands on sunny afternoons' on the greens, bowling holidays in Spain, Cyprus and Florida became popular and choices had to be made. Mixed bowling leagues in the afternoon or men only matches in the old night leagues.

The result of all these changes are that leagues, in some areas, are losing clubs, resulting in divisions being reduced. Captains are sometimes struggling to raise a team, with close matches being decided on chalks through players not turning up, resulting in a game being lost 21-0, which is hard to pull back by the rest of the team and, therefore, the match is lost.

The social aspect older bowlers knew and loved has changed. Night leagues, with old mates and a couple of pints after, are now under threat from the drink driving laws. Guys who had already played one game in the afternoon, so why dash off to another as it goes dark and cold? The camaraderie built up at work, that had carried on to the rugby or football pitches when younger, and transferred to the bowling green as you got older, is not as close knit and bowling as we knew and loved it has suffered.

One big threat to green closure is finance. In today's economic climate, Local Authorities having to operate on a shoestring are targeting maintenance of facilities, and bowling greens appear to be first on the list. One council in Lancashire said it cost £35k per year to maintain its public greens and asked the bowling teams that used it to donate £10 per player to the cost. The bowlers had never had to pay previously, so they deserted the parks and joined private clubs to pay at least treble that amount. 'But the green was better' was their reply, when questioned.

That threat, of course, applies only to teams playing on publicly owned greens. The threat to clubs who have their own green is different, in that they don't really have their own green! Usually, it's the brewery which owns the green and, in some cases, also maintains it.

Again the big threat is finance linked, as the amount of people going down to the local for a drink dwindles, so do the breweries profits and, again, as with councils, the threat of paying more by the bowlers or closure is the option. In some cases there is no option offered. The pub closes, so does the green, and the next thing is an application to the planning department, resulting in another green lost.

The worrying point for bowlers is that, apart from one page in the BCGBA handbook that lists ten main points and five short paragraphs, there does not appear to be a face that all these worries can be discussed with or advice sought. That is not to say anything detrimental about the guidelines in the handbook, just the opposite, the advice is spot on and cannot be bettered. But how many bowlers have a copy of the handbook? Sound advice needs to come from someone who is au fait with who to contact, and how to collate the information.

Each county has its own development officer and it is they and the secretary who, at the moment, are the faces; and who is there at the top table to coordinate the fights? No one.

The threat to green closures has been raised in Parliament and yes, it does need highlighting, but that is all it is doing. As well minded the MP who raised the question is, the one thing that bothers me is how, in a democratic society, do you stop someone selling land they own?

The whole question of bowling greens needs to be addressed in a practical manner. It is not only closure, but condition as well. If, as seems likely, local authorities and breweries will continue to make savings and our greens come under greater threat, then it will be up to the bowlers themselves to either appoint someone themselves or attend AGMs to raise the issues with leagues, counties and, ultimately, the governing body.

The guidelines are in the handbook. It will be up to the bowlers to force the issue over representation. The alternative could be that greens are lost whilst the ten points are being addressed at committee level because, having read through the guidelines, that is my worry. Too many people will become involved, each step will have its own remit, and that a committee, or ten different bodies inputting, will lead to chaos.

One question raised at a county meeting several months ago was, is it possible that each county has its own greenkeeper who would be able to maintain and improve public greens that are used by a team for league and competition bowling?

It would appear, from feedback I have received on the question of public greens, that the quality varies quite substantially from council to council. With greenkeepers properly trained, the quality of greens should become more uniform. Perhaps one greenkeeper for each county is not enough and, in areas where clubs have accepted their council's offer of self maintenance, the idea of a network within a county would seem to have some mileage in it. If the council could be persuaded that it would be cheaper to help to set up and support it, then that would be even better.