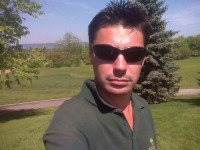 "People keep telling me that the golf boom is over. This could be true in the UK, yet, in Europe, this most certainly is not the case"

Even in the current economic climate, I am still constantly meeting new, up and coming greenkeepers that have a thirst for advancing in the turf grass industry. Personally, I find this to be very healthy and 'normal' within golf greenkeeping circles.

People keep telling me that the golf boom is over. This could be true in the UK, yet, in Europe, this most certainly is not the case. I am seeing new golf clubs popping up around the major cities of most European countries. There are also many resorts being built in the Eastern sector of Europe; Croatia and the Balkan states being good examples. This leads me to believe that there is good competition, within those countries, for members. There certainly appears to be enough golfers to keep tee times full!

In respect of this, I ask this question. Why is it that the current employment and wage structures are still as archaic as the rules of the game? Too many times I hear horror stories of interviews from other greenkeepers. Conversations, such as the following, are a regular occurence:

Interviewee Greenkeeper: So, what are your current pay scales?

Prospective Employer: Well, what did you earn at your last golf club?

Prospective Employer: Okay, so we will pay you X amount, or maybe a little more.

And, all too often, I see jobs advertised that do not state any ball park figure of how much the club is actually willing to pay. The old chestnut is wheeled out; "wages depending on age and experience".

Does this suggest that the club still has no firm idea of the type of person that they want to fill the position? Do they still not know how much they want to pay? I personally believe that they already have a fair idea of what they are looking for, yet prefer to keep this information behind the curtains. And, yes, they usually have the audacity to state all sorts of requirements, such as spraying qualifications and the like.

Surely, if one is applying for a Head Greenkeeper position, he will already have these qualifications under his/her belt. This leads me to the general belief that clubs are trying to pay as little as they can get away with. It is understood that we cannot be paid from large treasure chests of gold doubloons. All I'm asking for is fairness.

I have made many searches on the internet for jobs in other industries, and it is apparent that the wage is almost always stated in the initial advert or, at least, a ball park figure is given.

I then decided to narrow my search to jobs that are similar (as much as possible). Try looking for any job where the candidate will be responsible for about ten people, control a budget, have to give good results, be up to date with the latest C.O.S.H.H/first aid, understand the industry, train staff and so on.

You may be surprised to find that there ARE a lot of jobs that require similar skills to those that we posses; they are just in a different sector. Don't forget the saying "A mechanic is just as good as an artist, just practised differently". Why not try a quick search for a store manager in the retail sector? I would suggest that the hours and days of work in this sector are quite close to ours, with responsibilites for staffing levels, budgets, training, health and safety, first aid etc. And, what's more, the estimated wage is the FIRST thing that is stated, followed by a brief outline of the job. This then gives the potential employee a good idea of where he/she stands in the industry and what they should expect or ask for.

So, my request to golf clubs, and even sports clubs is; please can you come out in the open and let us know how much it is that you intend to pay? I am sure a conversation that went in this direction would not help us in our interviews:

Interviewee Greenkeeper: So, what are your current pay scales?

Prospective Employer: What did you earn at your last club?

Interviewee Greenkeeper: Well, what did you pay your last Head Greenkeeper?

Please, let's just get to a professional level, with less of this fog that we must fight through, so that we might get a fair wage.