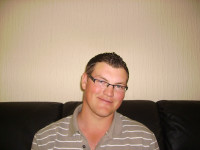 The overall winner of the Syngenta sponsored Technical Merit Award has been announced. It is Iestyn John, a 19-year-old Groundsman from South Wales.

Iestyn currently works with his father (Steve John) and grandfather (Peter Villars) in the family's grounds maintenance company Peter Villars Landscapes. Iestyn had the opportunity to start early, helping out while he was still at school. He became so interested in sports turf that he decided to go and complete a two-year full time National Diploma course in sports turf management, which also included NVQ level 2 at Hartpury College in Gloucestershire. With that now completed Iestyn has now enrolled on a two-year part time NVQ level three course and is hoping to continue learning whilst working in the industry.

For each of the three months of the Award, entrants had the option to provide a written response to a relevant topical issue. In the opinion of the judges, Iestyn supplied the best written response, which was to the January question - What are the effects of poor drainage in fine turf and how would you go about rectifying the possible problems?

Iestyn's response is published in full on the Pitchcare site in the General News section.